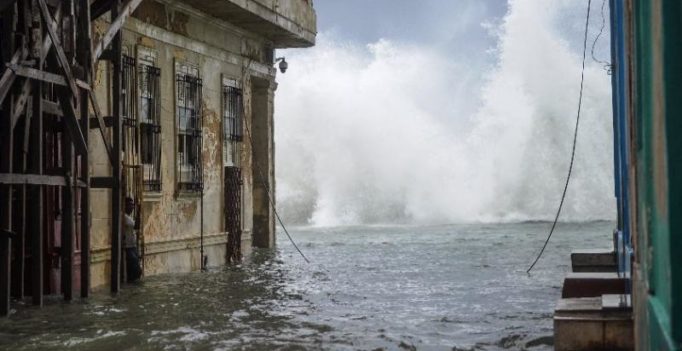 Havana: Residents of Cuba’s historic capital Havana were waist-deep in floodwaters Sunday after Hurricane Irma swept by, cutting off power and forcing the evacuation of more than a million people.

Wild waves were crashing over the seafront of the old colonial city after Irma ravaged Cuba’s northern coast on its way to Florida.

“This is catastrophic, because a lot of the buildings here are not prepared for a downpour like this,” said Yanmara Suarez, standing in the street in a yellow t-shirt with water up to her ankles.

In other streets near the seafront, the water reached up to people’s waists and flooded their homes, leaving timber floating in the streets.

“In all the 49 years I have lived here, this is the first time this has happened,” said Ernesto Loza, sitting on his doorstep that was fortunately raised just above water.

“The sea has always risen a bit, but never this much.”

– ‘Highest sea surge ever’ –
Authorities said the winds reached up to 150 kilometers (93 miles) per hour in Havana, with unprecedented storm waves from the sea.

Havana national defense official Mercedes Lopez said on television that “the sea rose higher than it ever had before.”

Most of the capital was without power early Sunday. Water supplies and telephone lines were also down.

Lopez added that some houses had completely collapsed in and around Havana.

Some people plunged into the water to try to catch the attention of police and rescuers patrolling the city.

Authorities said Havana would continue to feel the effects of the storm until Monday.

The storm “seriously” damaged the center of the island with winds up to 256 kilometers per hour, according to Cuban state media.

Authorities said they had evacuated more than a million people overall as a precaution.

That included about 4,000 from low-lying districts and tourist hotels around the capital.

Some residents compared the impact of Irma to that of two other memorable hurricanes that hit Cuba: Wilma in 2005 and Kate in 1985.

There were no confirmed casualties in Cuba from Irma. But the hurricane killed at least 25 people earlier on its path across the Caribbean. 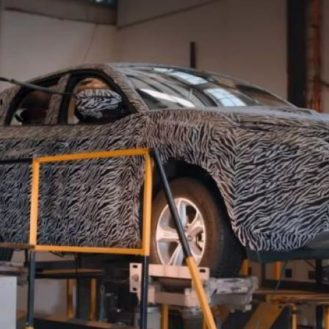 The carmaker recently uploaded two videos to show the development and testing being done on the Harrier. Tata Motors continues to drop teasers of its…