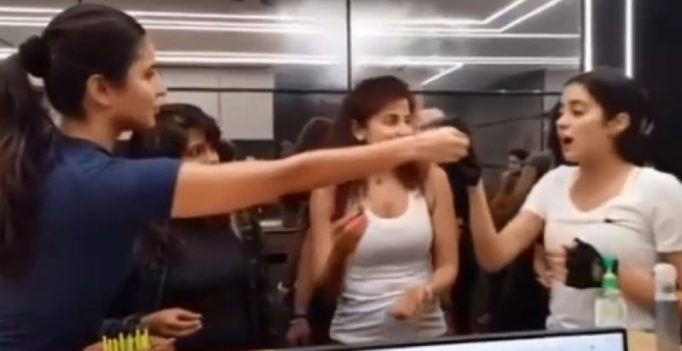 Mumbai: Just few days ago, Katrina Kaif had shared a picture of a ‘pretty new receptionist’ talking on a telephone at her gym, none other than Janhvi Kapoor.

We had wondered then what the soon-to-be-debutante was doing dressed in a kurti in the gym and showing no signs of ‘sweating out.’

Well, Janhvi also works out there, something we came to know in a video that is going viral, in which where she is dressed in gym wear.

So one of the actress’ buddies celebrated her birthday on Thursday and they decided to cut a cake at the gym.

So the girl is seen referring to Katrina as ‘second mother’ while offering her the cake, which the latter corrects as ‘didi’ (elder sister).

Katrina is then seen offering Janhvi a piece of cake by addressing her as ‘smaller didi.’

Janhvi seems to be health conscious and says she will have only the almond on the piece of cake, but despite being the trainer, Yasmin Karachiwala, literally pushes a bigger piece into her mouth.

Meanwhile, Janhvi’s ‘Dhadak’ co-star Ishaan Khatter is also a member of the same gym and Katrina said, “For you half of the cake.’

He also seemed to be keep a check on his diet and just ran away at the suggestion.

The duo being diet conscious seems to have worked well as their faces looked glowing in ‘Dhadak’ poster released also on the same day. 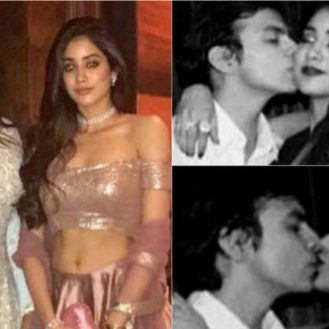