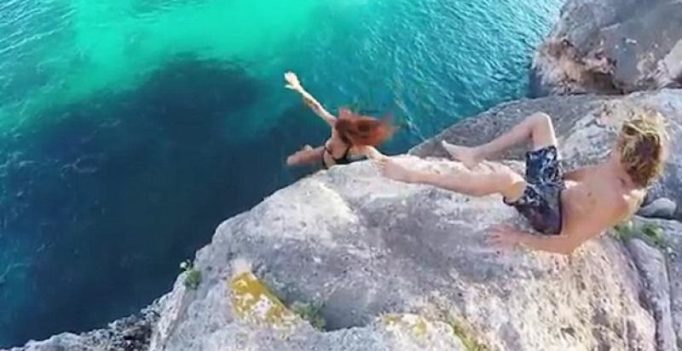 The guy quickly moved away and watched his terrified lover drop into the ocean. (Credit: YouTube)

If you’re somebody who struggles with trust issues then this video might put you off relationships forever. An unfortunate young woman was mercilessly ditched by her selfish boyfriend when he decided to let her fall off the edge of a rock into the ocean instead of helping her.

A short video clip shows the woman trying to grab her boyfriend’s leg in desperation after she realises too late that cliff-jumping is not her cup of tea. However, the guy quickly moves away and watches his terrified lover drop into the ocean.

The video, which was originally posted on Reddit last week, has stirred up a debate on the internet. Some Reddit users called out the woman for ‘chickening out’ before the jump. One commenter wrote: ‘Soooo dangerous. You gotta commit to the jump.’
And another added: ‘You’ve got to stupid to jump, and a special kind of stupid to change your mind half way [sic].’

On the other hand, many Redditors criticised the boyfriend for not helping his lady love. One person commented: “He took the leg away, so he wouldn’t get pulled with her and so gave her the worst fall possible.” 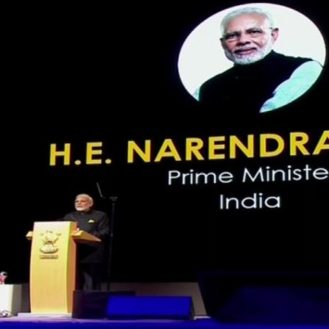