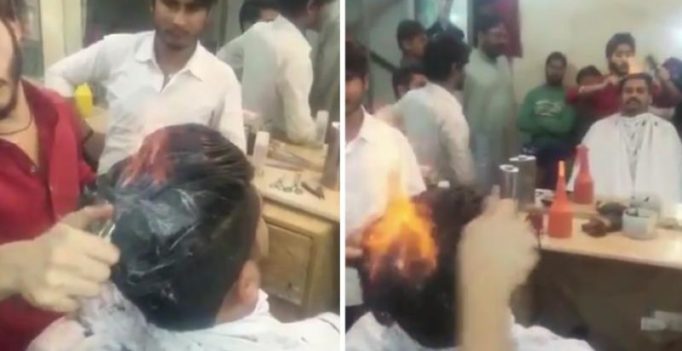 The barber applies a cream and powder and styles the hair while it is on fire. (Photo: Twitter)

Local barbers have their own ways of giving people a haircut with their different hand movements and stunts that make them popular. However, a Pakistani barber has taken it a step further with his surprising new hairstyling technique that is unbelievable yet bizarre and will definitely surprise you.

Twitter user and Pakistani journalist Omar R Quraishi tweeted out a video of a perfoming hairstylist that will amaze everybody. The barber gives a haircut to people using fire. The barber puts lotion and some powder and then removes a lighter to set the hair on fire. The hair stylist then uses a comb and pair of scissors and goes about his usual business of shaping the hair to suit the person.

The video has now gone viral and is being shared by many people on social media. The video has received mixed reactions from people all across the globe. Watch the video here: 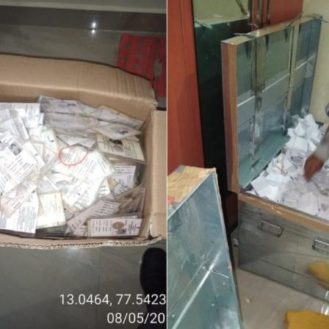