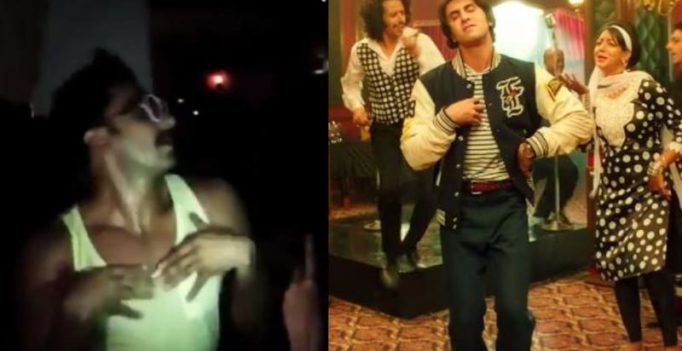 ‘Badhiya’ is a typical 80s song, with that kind of dressing and setup, for all characters including Ranbir and Sonam.

While the song begins with Ranbir Kapoor mimicking both girls and boys, Sonam also makes an entry, and like a cool girlfriend, lip-syncs along with Sanju to the male version of the song.

Interestingly another video also made its way. This video was of Ranveer Singh grooving to the song ‘Laila Main Laila’ in a very girlish avatar, with some fire-cracking moves.

Oh, did we mention that he did some belly dancing moves with his abs too? It’s too hot to miss.

So which will be your pick, Ranveer’s belly dancing in ‘Laila’ or Ranbir’s imitation in ‘Badhiya’? 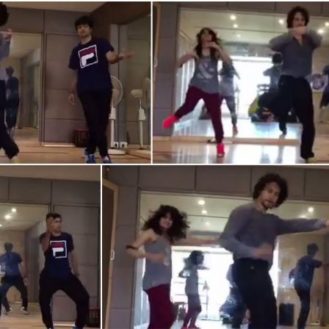