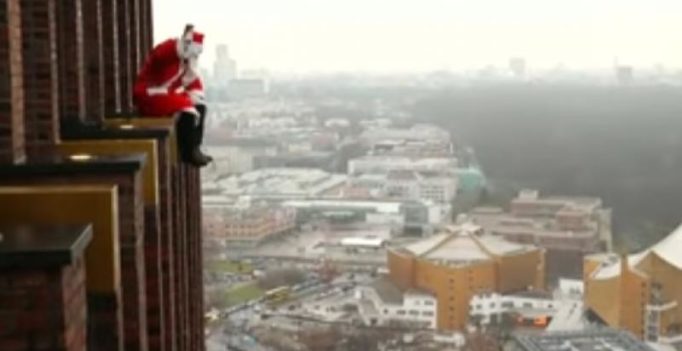 The Santa was one among many other people dressed for the occassion of Christmas to surprise children at a 24th-floor cafe. (Photo: Youtube)

Santa Claus climbing down a skyscraper in Berlin. A parade of terrifying monsters in Bavaria.The run-up to Christmas in Germany this year has included the usual displays of dazzling lights and festive markets, but also some unusual celebrations.

In Berlin on Sunday, a Santa Claus shunned the traditional chimney and used a rope ladder to climb 100 metres (328 feet) down the side of the famous Kollhoff Tower to deliver presents to surprised children inside a 24th-floor cafe. The children watched in awe as Santa greeted them through the windows before making his way inside to distribute presents.

“He climbed through here, then he was at the door, he opened it and came in,” said Konstantin, a young boy who received a beach ball, ninja toy and cuddly reindeer. In the Bavarian town of Kirchseeon, residents dressed as hairy, masked monsters marched through the streets in a traditional “Perchten” parade on Sunday.

The processions are usually held over the shortest and darkest days of the year when “Perchten” monsters sing and dance to ward off the darkness and call nature back to life. “The 12 nights after Christmas are the struggle of light against dark. The light will win with the help of the Perchten, and nature will wake up again,” parade leader Wolfgang Uebelacker told Reuters. “People used to say that the corn next year will grow as high as the Perchten jump.”

He said the tradition dated back to the pre-Christian era, though experts disagree on exactly where and when it began. 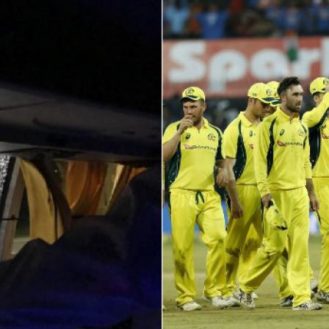