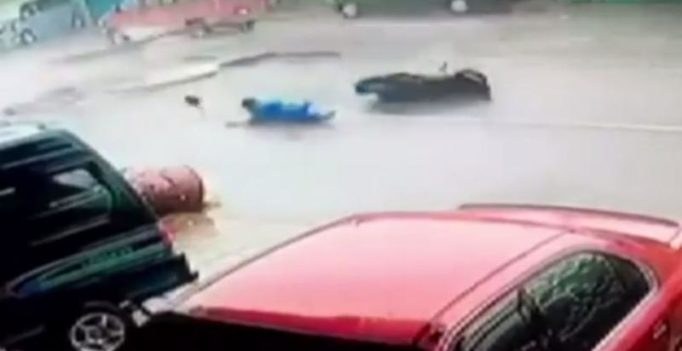 A motorcyclist was blown away in a powerful typhoon that lashed Taiwan on Wednesday. (Photo: YouTube screengrab)

Taipei: A man, who was riding his motorcycle when a powerful typhoon hit Taiwan on Wednesday, was blown away by the strong winds.

The incident was captured in a video, shared on YouTube by the AP.

The video showed the typhoon pushing back the motorcycle with the rider was still sitting on it. However, the he soon lost control of the vehicle and fell backwards on the road after being hit by a piece of flying rubble.

The man does not seem to have sustained fatal injuries as he soon got up and ran away, seemingly to take shelter in a safe place.

More than 100,000 households were left without any power as strong winds and heavy downpours battered the island on Wednesday, according to Taiwan Power Company.

Southeastern China was also affected by the typhoon. The super typhoon, packing winds of 170 kilometres per hour (105 miles per hour) made landfall around 3 am near the city of Xiamen before heading inland.

Images from Xiamen showed flooded streets, uprooted trees, and traffic signs torn from their posts by the violent winds. There were no reports of any casualties. 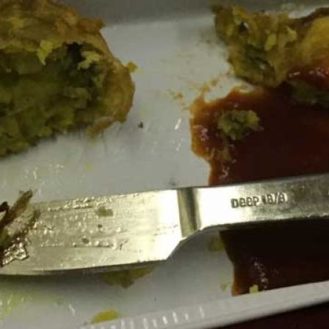