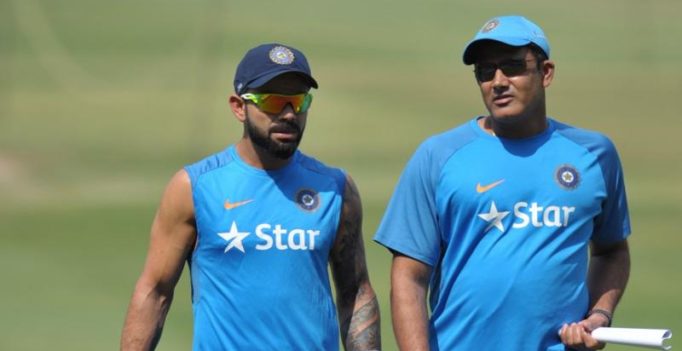 Mumbai: The alleged Virat Kohli versus Anil Kumble saga has a new twist as it is now reported that Kumble is unlikely to continue as Team India head coach post ICC Champions Trophy in England.

Kumble, who took over from Team India Director Ravi Shastri last year, was given a one-year contract which comes to an end at the conclusion of the ICC event in England. While Kumble has results on his side – only a series defeat across formats – the alleged differences of opinion with Kohli are likely to cut short his future as team’s head coach.

“The problem between Kumble and Kohli isn’t recent but has apparently been festering on for a while. The early signs were seen at the start of the England series in Rajkot in November last year. Not just Virat, we have been told that a few players are also not too happy with Kumble’s style of functioning. When the captain especially isn’t happy, then there is little that we or anybody from outside can do,” a report in Indian Express quoted a BCCI official as saying.

However, the same report quoted an unnamed member of COA criticising Kohli’s behaviour.

“Kohli is behaving like a spoilt child. The committee should be fair. Kumble has had great results and that should be a big factor when it comes to renewing his contract.”

While it is indicated that Supreme Court-appointed Committee of Administrators (COA) and BCCI officials are finding ways to broker peace between the two, it seems unlikely that the former leg-spinner will continue as Team India head coach post Champions Trophy.

It was earlier indicated that Kumble and Kohli were not on a same page over the team selection for the third India versus Australia Test in Ranchi. While Kumble wanted to pick Kuldeep Yadav, Kohli was not in favour of the same. The young left-arm chinaman bowler made his debut in Dharamsala Test as Ajinkya Rahane led the team in absence of injured Kohli.

“This may or may not be the reason. But we believe the people in the corridors of power have been told that Kumble is overbearing and doesn’t give freedom to the players. It’s sad that aspersions are cast on a legend of Indian cricket,” a BCCI official had earlier told The Hindu.

It was also reported that there were a number of cricketers who were not pleased with Kumble’s style of functioning.

“It’s just not the captain alone. A few months back, a bowler landed at the national cricket academy in Bangalore. Rest, recuperation, and some fitness work was on his mind. Some bit of bowling too. He was told he had to put in hours of bowling, get Test-match fit. He wasn’t initially keen but was told he had no choice. For what it’s worth, his bowling improved at the end of the stint. Sometimes, as a coach, you have to tread on fragile egos, be sensitive. A couple of players felt Kumble wasn’t,” said a report in the Indian Express.

The same report also quoted a source close to Indian team about Kohli’s apprehensions over Kumble.

“He (Kohli) would throw a word or two about what he thought about the new coach. You know, nothing bad, but there was enough there to realise he wasn’t sure or had some doubts. Kohli would have loved to have a team atmosphere like the one MS Dhoni had.”

A report in DNA also said that Kumble leaked private WhatsApp conversations with Team India cricketers to his friends in media. 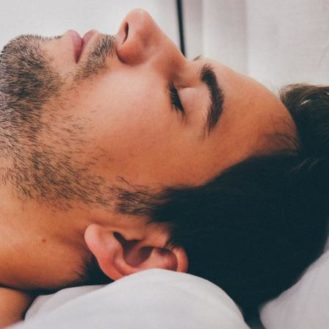 Getting tired early could be an important warning sign of developing high blood pressure. (Photo: Pixabay) Tokyo: Sleeping early may be a warning sign of…

As other mints and fintech startups race to set up similar products, it could squander the chances of Britain’s Mint leading the field to build…