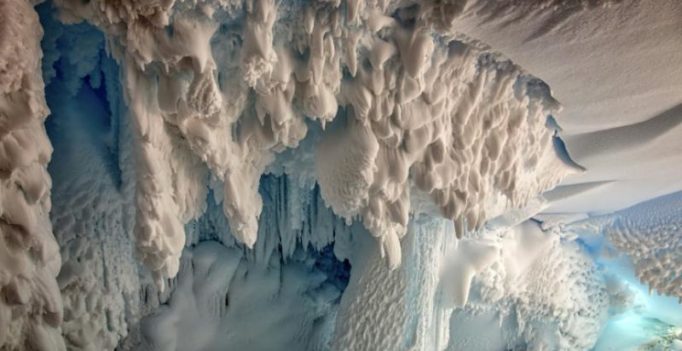 Steam from active volcanoes has hollowed out extensive cave systems under the Antarctic ice that could be home to unique ecosystems, scientists say (Photo: AFP)

A secret world of animals and plants — including unknown species — may live in warm caves under Antarctica’s glaciers, scientists said Friday.

The caves, hollowed out by steam from active volcanoes, are light and could reach temperatures of 25 degrees Celsius (77 Fahrenheit), researchers said, raising the possibility of a whole ecosystem of flora and fauna deep beneath the frozen surface.

A study led by the Australian National University around Mount Erebus, an active volcano on Ross Island in Antarctica, showed extensive cave systems.

While most of the DNA was similar to mosses, algae and invertebrates found elsewhere in Antarctica, not all sequences could be fully identified.

“The results from this study give us a tantalising glimpse of what might live beneath the ice in Antarctica – there might even be new species of animals and plants,” she said.

“The next step is to go and have a really good look and see if we can find communities living beneath the ice in Antarctica.”

Despite the continent’s freezing temperatures, Fraser said heat emanating from the volcanoes could make the caves quite hospitable, warm enough “to wear a t-shirt and be comfortable”, with light filtering deep down where the overlying ice was thin.

Co-researcher Charles Lee, from the University of Waikato in New Zealand, said there were many other volcanoes in Antarctica, so subglacial cave systems could be common.

“We don’t yet know just how many cave systems exist around Antarctica’s volcanoes, or how interconnected these subglacial environments might be,” he said.

“They’re really difficult to identify, get to and explore.”

The research, published in international journal Polar Biology, said there were more than 15 volcanoes in Antarctica that were either known to be currently active or show evidence of recent activity, with new ones continuing to be found.

But despite recent advances in understanding Antarctic biodiversity, scientists still know “little about life in the continent’s subglacial cave systems, which may harbour diverse and complex communities”.

“Our results highlight the importance of investigating these cave systems in greater detail — despite the field challenges associated with such an endeavour – to confirm the presence of living macrobiota,” it said. 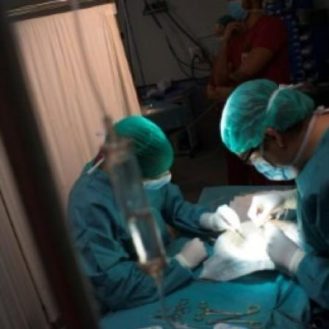