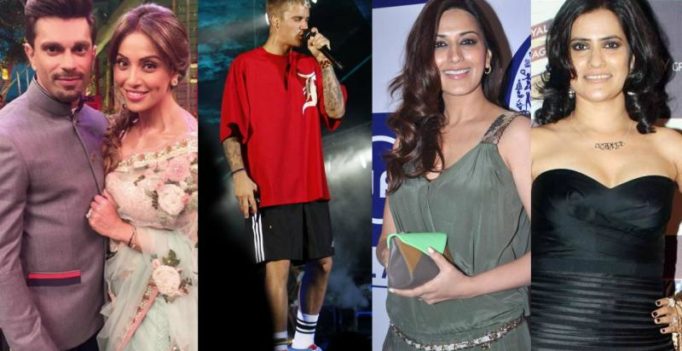 Bipasha Basu, Sonali Bendre Behl and Sona Mohapatra were among those who expressed their disappointment over Justin Bieber’s concert.

Mumbai: While die-hard fans of Justin Bieber, also known as ‘Beliebers’, were excited about catching a glimpse of the pop sensation and were left swooning at the Mumbai concert, for some, the concert turned out to be a damp squib.

Social media went berserk over the star lip-syncing to his songs, which didn’t justify the unreasonably high ticket prices.

Bollywood celebrities like Alia Bhatt, Jacqueline Fernandez, among others came out in big numbers too for the concert and also shared pictures from the event on social media.

But it seems that some of the Bollywood celebrities were not too happy with the concert.

Sonali Bendre Behl, who arrived with her son Ranveer for the concert and even shared pictures on Instagram took to Twitter to express disappointment over the arrangements, saying she was ‘Bieberedout’ and gave hashtags like ‘#wasteoftime’.

Bipasha Basu and Karan Singh Grover had also raised eyebrows by leaving abruptly just some time after the concert had started.

About their reasons for leaving the concert, Bipasha told DNA,  “We reached late because of the VIP car pass mess up. Then by 8 pm I guess Bieber started the show. There were no volunteers, ushers, or reps to guide us. Wherever we went people were in pretty high spirits and it was getting difficult to stay as we were attracting more people. I also feel we were put in the wrong lounge as I did not see any known face, so we left. There was no way we could stick on as it was getting chaotic. So not a fun experience for us. Maybe if we came earlier, people would have been there to guide us to a proper place where the rest of our peers were. They all came in much earlier I guess. Post that we had a fun night though. I guess concerts are always chaotic so it’s cool. Karan, my sister Vijayeta, her friend and I went for dinner after that and driving around town. It was so beautiful at night…”

Singer Sona Mohapatra, who had got into a spat with Sonakshi Sinha over earlier reports of the latter being the opening act at the event, was one of the most staunch critics, going on to call the gig ‘fake, overhyped’, calling Justin out for the lip-syncing and slamming the PR machinery for his ‘visiting’ underprivileged kids before the concert. 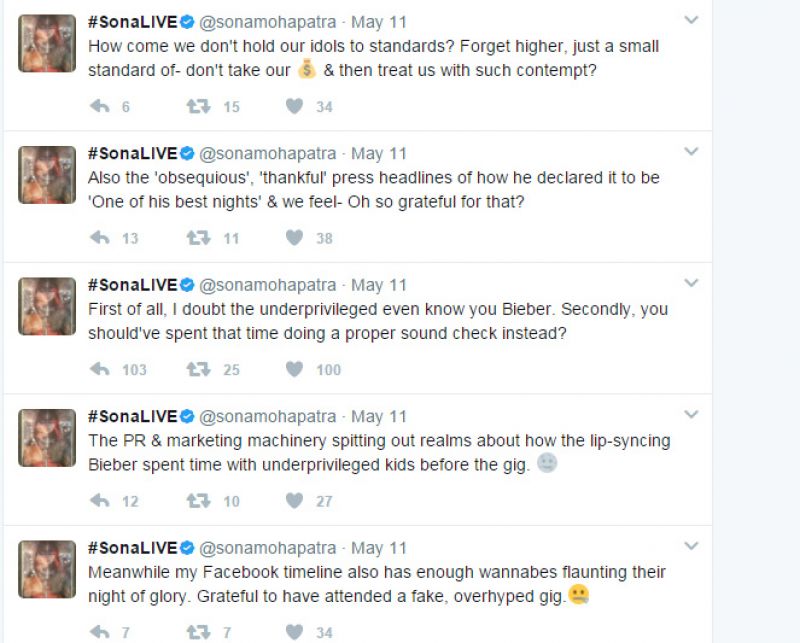 She even went to take on his fans who had replied to her. 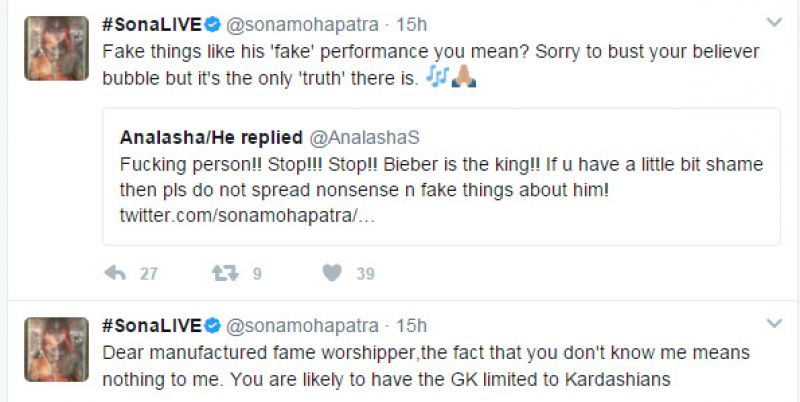 Leon de Souza, A R Rahman’s protégé, who had sung his popular track ‘Hosanna’ from the film ‘Ekk Deewana Tha,’ wrote a thought-provoking post on Facebook, about how people were not interested in his fashion sense, but to hear him, ‘in his raspy tired voice’ and hear his ‘breath and silence’ and slammed Justin for disrespecting the sentiments of his fans and giving them the ‘best of his worst.’ 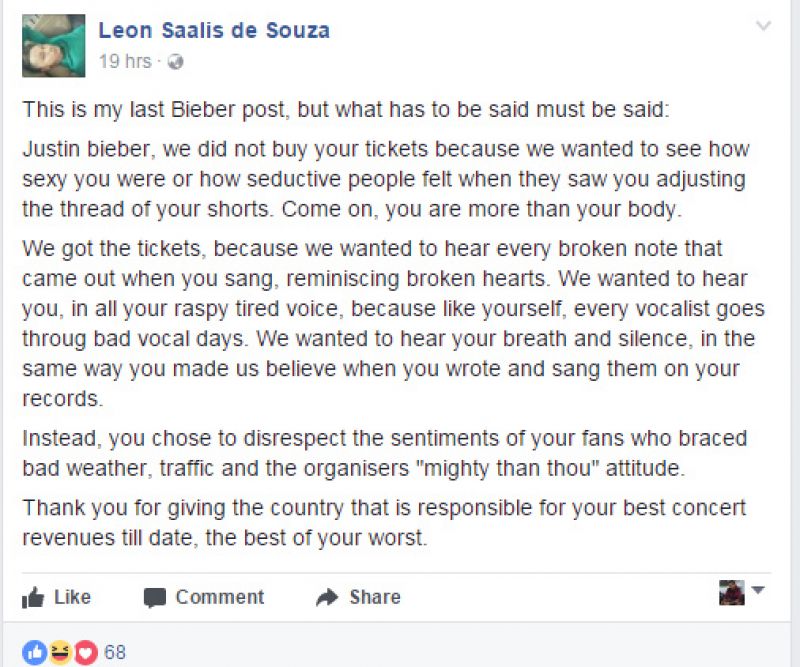 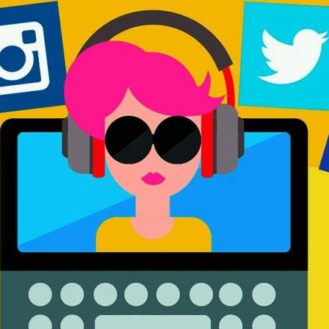