In the dead of the night on Tuesday, a leopard sneaked into a residential complex in Mumbai’s Borivali area. But it was in for a surprise. The big cat faced a snarling pet dog that continued barking at him, ultimately scaring the leopard away.

CCTV footage captured the leopard entering the colony at around 2.29 am on Tuesday night. It ran away after the pet dog jumped up and continued to bark at him.

This is the second time in less than a week that a leopard has been sighted entering Borivali. Last week on Wednesday night, a leopard had entered Abhinav Nagar in Borivali East. The area is near the Sanjay Gandhi National Park, and the frequent cat visits in this area have left residents worried.

Last year, a stray dog had scared a wild leopard away from a housing complex in Goregaon in Mumbai. 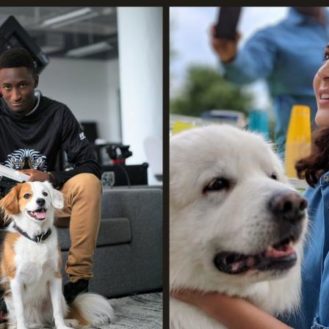