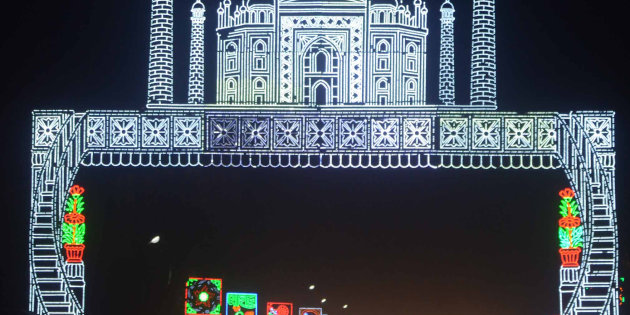 Taj Mahal ,The World famous Chandannagar Lighting decoration on the occasion for Kali Puja and Deepawali Festival on October 22,2014 in Kolkata,Photo by Dipa Chakraborty,Kolkata,India. (Photo by Debajyoti Chakraborty/NurPhoto) (Photo by NurPhoto/NurPhoto via Getty Images)

For over 60 years now, the otherwise sleepy town of Chandannagar is all lit up and aglow during Jagaddhatri Pooja, which is celebrated across West Bengal. Every year in November, for a fortnight the town becomes home to incredible light-art sculptures, created to celebrate the festival.

The artists of Chandannagar play with light, creating everything from fireworks in the sky, to humongous dinosaurs, to a luminous Taj Mahal. Or, they could be telling animated stories through illuminated figures — either amusing tales, or socially relevant messages on topics such as pollution and women’s safety. They tend to stay away from politically sensitive or controversial topics, according to this Business Standard report.

Their works caught the eye of independent filmmaker Supriyo Sen who has won three national awards for his documentaries. His 52-minute film on Chandannagar will be shown at the 16th edition of PSBT’s Open Frame Film Festival and Forum (16-20 September) at the India International Centre in Delhi. (You can find out about other entries that will be showcased this year, here.)

Sen tells his story through the experiences of light artists who have been employed in the industry for three generations and more, and continue to adapt to changing times by experimenting with new technologies and ideas.

Here is an excerpt from Sen’s film: 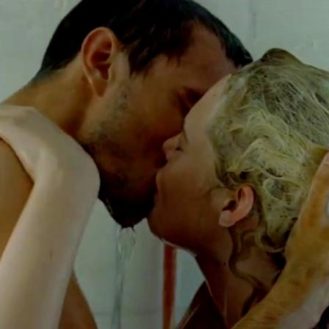