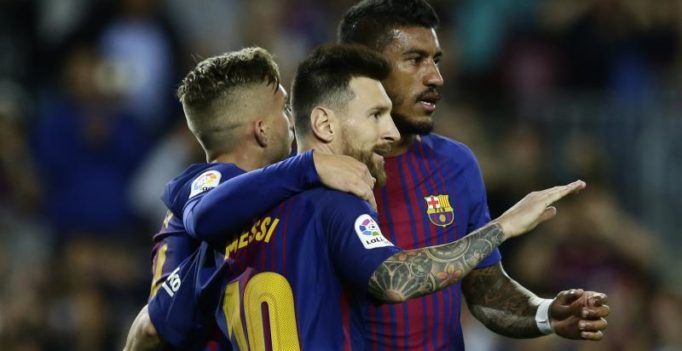 Lionel Messi struck four goals as Barcelona romped to a 6-1 win over Eibar to extend their lead at the top of La Liga. (Photo: AP)

Barcelona: Lionel Messi struck four goals as Barcelona romped to a 6-1 win over Eibar to extend their lead at the top of La Liga on Tuesday and maintain their 100 per cent record.

The Argentine was at his brilliant best as he lethally picked off the demoralised Basques, opening the scoring with a penalty in the 21st minute after Nelson Semedo was brought down by Alex Galvez.

Valencia moved up to third after romping to a 5-0 win over bottom side Malaga with Simone Zaza netting a hat-trick.

The French winger is out for nearly four months with a ruptured hamstring and Barca paid tribute to him with a t-shirt reading ‘Courage Ousmane’ worn by the players before the game.

After Messi broke the deadlock Paulinho headed home from a corner to score Barcelona’s second before halftime.

It was the Brazil midfielder’s second goal in the last two games, a feat matched by Denis Suarez who increased Barca’s lead to 3-0 before Sergi Enrich pulled one back for mid-table Eibar.

However, Messi then took over with a virtuoso performance, sealing his hat-trick with a perfectly placed strike from the edge of the area under Marko Dmitrovic.

Substitute Aleix Vidal teed Messi up for his fourth in the 87th minute as the Argentine’s magic touch gave what had been a solid but unspectacular Barcelona performance some sparkle. 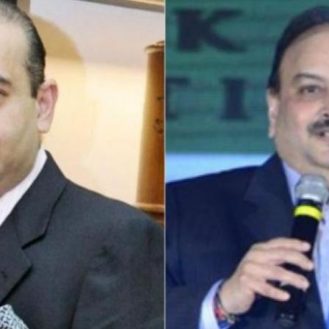