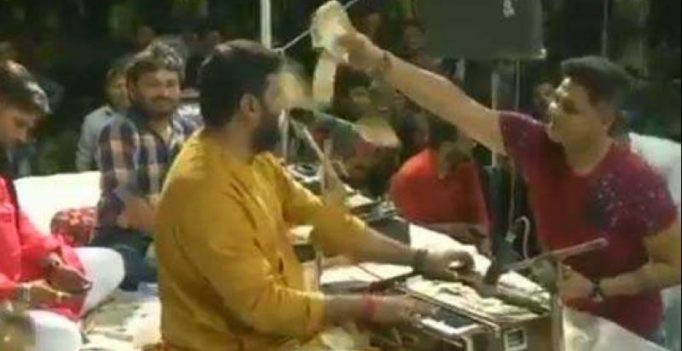 In Thursday’s devotional programme, folk singer Brijraj Gadhvi was showered with wads of currency notes in the denominations of Rs 10-500. (Screengrab | ANI)

Ahmedabad: Even though spending has become a cause of worry post demonestisation and implementation of Goods and Services Tax (GST), a report from home-state of Prime Minister Narendra Modi says that enthralled audience showered money on folk singers at a musical evening Lok Dayro in Ahmedabad. The money showered is believed to be in lakhs.

The practice of showering money during mehfils or musical evenings is not uncommon in rural India.

In Thursday’s Dayro programme, folk singer Brijraj Gadhvi was showered with wads of currency notes, worth lakhs. The notes showered were in the denominations of Rs 10-500.

Many believe that the act of showering money is not just in praise of the performer, but also towards a fund-raising cause. The money collected from the performance is often given towards charity or some social cause.

Folk singer Brijraj Gadhvi told news agency ANI, “This month is Parshottam month. I have been performing for free during this period. These folk singing programmes are for fund raising. The donations we get in this shows are used for charity.”

BJP leader Jitu Bhai Vaghani said that it’s with love and reverence that people do such acts and should be seen only with that intention only. Moreover, the collected money goes towards noble causes. 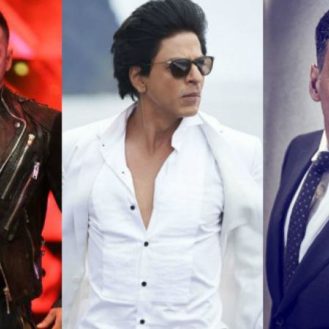 Students described it as an attack on their personal space (Photo: Pixabay/Facebook) Mumbai: Controversies have always followed fashion trends that people adopt in India, especially…