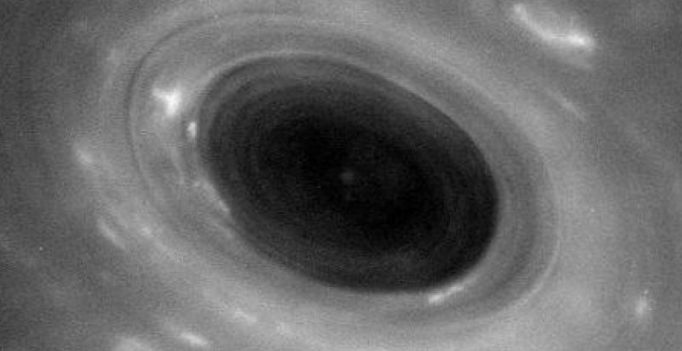 Saturn’s atmosphere seen closer than ever before was captured by NASA’s Cassini spacecraft during its first Grand Finale dive past the planet on April 26 and released on April 27, 2017. (Photo: NASA)

NASA has released a new movie sequence showing a close view of Saturn’s atmosphere as the Cassini spacecraft swooped over the ringed planet during the first of its ‘Grand Finale’ dives.

The movie comprises one hour of observations as the spacecraft moved southward over Saturn on April 26 between the planet and its rings.

It begins with a view of the swirling vortex at the planet’s north pole, then heads past the outer boundary of the hexagon-shaped jet stream and beyond.

“I was surprised to see so many sharp edges along the hexagon’s outer boundary and the eye-wall of the polar vortex,” said Kunio Sayanagi, an associate of the Cassini imaging team, based at Hampton University in Virginia.

“Something must be keeping different latitudes from mixing to maintain those edges,” said Sayanagi, who helped produce the new movie.

Towards the end of the movie, the camera frame rotates as the spacecraft reorients to point its large, saucer-shaped antenna in the direction of the spacecraft’s motion.

The antenna was used as a protective shield during the crossing of Saturn’s ring plane.

As the movie frames were captured, the Cassini spacecraft’s altitude above the clouds dropped from 72,400 to 6,700 kilometres.

“The images from the first pass were great, but we were conservative with the camera settings. We plan to make updates to our observations for a similar opportunity on June 28 that we think will result in even better views,” said Andrew Ingersoll, a member of the Cassini imaging team based at California Institute of Technology in the US.

The spacecraft will complete a set of 22 orbits before plunging into the ringed planet to bring an end to a 20-year- long journey. 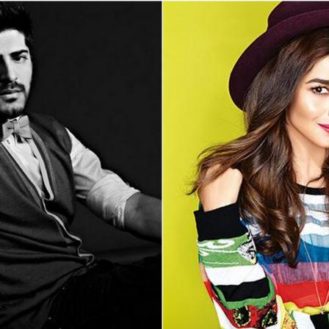