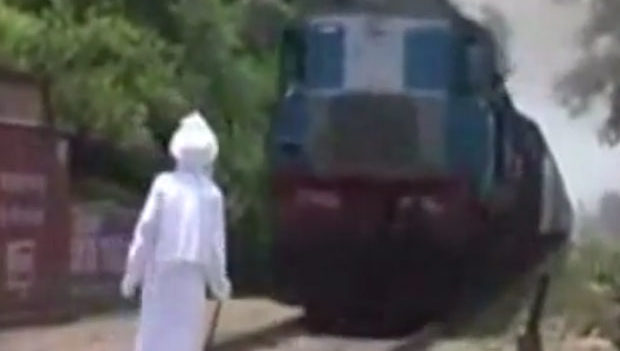 Photo of old man standing in front of the train. (Photo: Video grabs)

New Delhi: The old man in this video, which was uploaded in 2011, paves way for the passer bys and also pulls off a stunt by standing right in front of the train and leaving the track before a split second.

The video went viral on YouTube. A viewer named Abhijit Roy explained that the old man’s son died on the same station; henceforth he bewares everyone as they cross the track and since then, the man stands in front of incoming trains, shouts abuses and then moves away.

Looking at the current series of events, Salman Khan’s Kick pose a same sort of scene that is shot with him leaving the track in the nick of time.

Watch: The old man moving just in time in front of a full speed train 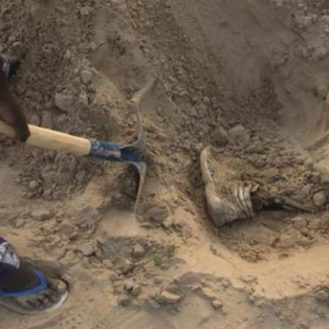