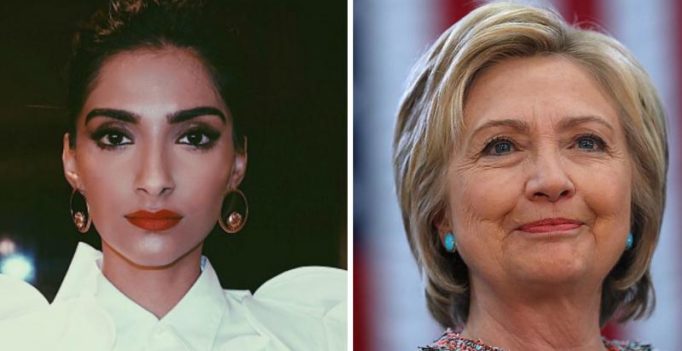 The USA Presidential elections were finally held on Tuesday and the results are scheduled to be announced on Wednesday.

The campaigning for becoming the next President of USA has been going on for the past few weeks between Hillary Clinton and Donald Trump.

However, Priyanka Chopra, who has been in the USA shooting for her TV series and film, chose not to take sides between Clinton and Trump, but did post a video urging Americans to vote and make a difference.

But Sonam Kapoor has openly supported Clinton and even gave a speech campaigning for her in Arizona, USA. The actress posted on Instagram a video where we see her giving speech to a South Asian audience talking about the importance of voting.

The entire speech can be watched on her app.

Will the support from these popular artistes actually help Clinton to win?

Things that are useful are apps like Uber, Netflix, news, smart IoT controls, speakers and more. Designer Rafael Dymek created a mirror that has all…