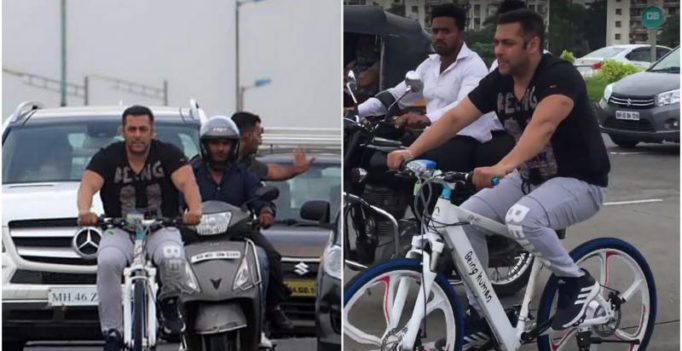 Salman Khan snapped cycling on the busy streets of Mumbai.

Mumbai: On Monday, Salman Khan took his fancy bicycle for a spin on the busy streets of Mumbai. The actor, guarded by his security, was seen cycling on Bandra-Worli sea link during the rush hour.

With guards riding beside him on bikes and a car following behind, actor’s security made sure that nobody got closer to Salman as he enjoyed his peaceful cycle ride. However, in order to have Salman in the clear and away from the crowd, other vehicles were asked to move aside.

Having Salman out in public didn’t bother the passers-by as they quietly went their own way and ignored the star’s presence.

This isn’t the first time that Salman has been snapped cycling around. Earlier, the actor made headlines after he invited Shah Rukh Khan and his son Aryan for a cycle spin. 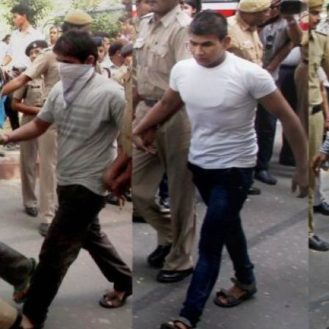