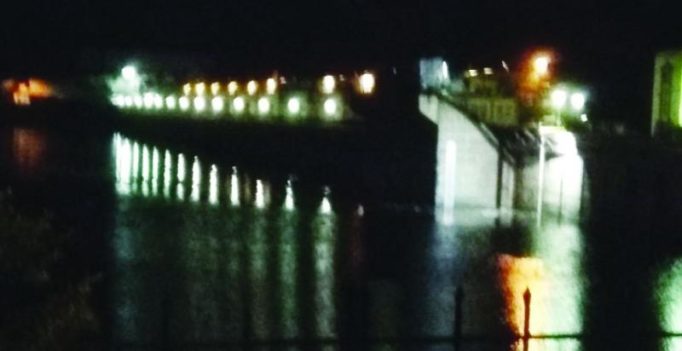 Lights are reflected in the Srisalam dam, where the water stood at 883 feet, against the full reservoir level of 885 feet on Sunday. (Photo: DC)

Hyderabad: The Telangana state government has placed a fresh indent with the Krishna River Management Board (KRMB) for allocation of 100 tmc ft of water to meet drinking water and irrigation requirements.

The state has sought 10 tmc ft for Kalwakurthy, and 50 tmc ft to irrigate the Rabi crop in the Nagarjunasagar Left Canal zones 1 and 2 (for 4.5 lakh acres in Nalgonda and Kham-mam districts), according to Nagarjunasagar dam chief engineer S. Suneel.

The state has sought another 40 tmc ft for drinking water requirements up to June 2018 for Hyderabad city, and Nalgonda and Khammam districts, as well as for Mission Bhagiratha schemes, Mr Suneel said.

“This fresh indent excludes the allocations already made to the state by the KRMB,” Mr Suneel said.

This means Telangana state has already used 30 tmc ft (under the Jurala project), around 90 tmc ft for minor irrigation and 12 tmc ft from the Nagarjunasagar dam which comes to 132 tmc ft. The fresh indent takes the total to 232 tmc ft against the state’s total allocation of 299 tmc ft.

According to chief engineer of Srisailam dam C. Narayana Reddy, Andhra Pradesh, whose total allocation is 512 tmc ft in the water year, has used only 32 tmc ft (under Pothireddypadu, Handri-Neeva and Nagarjunasagar Right Canal) and has demanded that AP should get more than Telangana state on pro-rata basis.

He also said Andhra Pradesh would submit a revised indent to the KRMB keeping in mind its water needs till the next monsoon.

With 204 tmc ft available at Srisailam (storage up to river bed of the dam) and around 20 tmc ft at Nagarjunasagar (up to 510 ft level), how the KRMB will make fresh allocations remains to be seen.

The KRMB which was supposed to meet on October 15 has postponed the meeting to after the Diwali festival in view of the continuous inflows into Srisailam. The KRMB will take stock of the availability of water at Srisailam and Nagarjun-asagar dam and make allocations between the two states.

Notwithstanding the KRMB’s earlier orders, both states have been continuing their releases into the projects. KRMB has asked both the states to place fresh indents before it before October 10 on the water sharing. 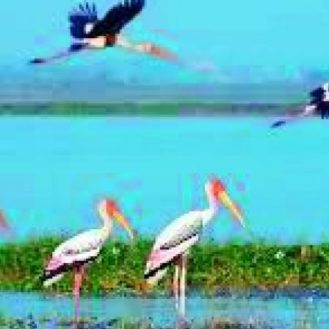