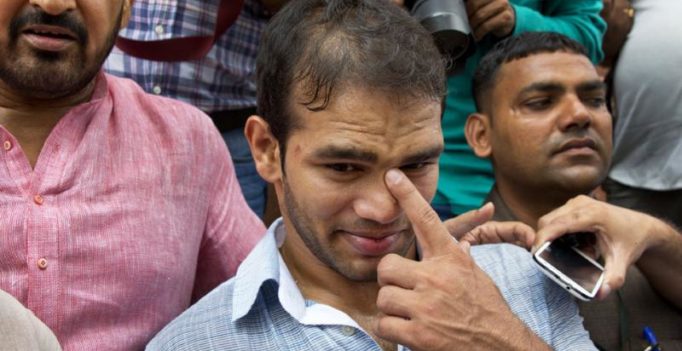 In a stunning reversal of fortunes, wrestler Narsingh was on Thursday ousted from the Olympics and slapped with a four-year ban for flunking a dope test after the ad hoc division of the CAS overturned the clean chit given to him by the National Anti-Doping Agency. (Photo: AP)

Rio de Janeiro: Wrestling Federation of India on Friday conceded that it was not being able to convince the Court of Arbitration for Sports’ panel that grappler Narsingh Yadav was a victim of conspiracy and sabotage, and that was why he lost the case and was ejected from the Rio Olympics with a four-year ban.

In a stunning reversal of fortunes, Narsingh was ousted from the Olympics and slapped with a four-year ban for flunking a dope test after the ad hoc division of the CAS overturned the clean chit given to him by the National Anti-Doping Agency.

The World Anti-Doping Agency (WADA) had appealed against the NADA all-clear given to Narsingh at CAS, three days ahead of his scheduled opening bout at the Olympics.

Narsingh had successfully argued before the Anti-Doping Disciplinary Panel of the NADA earlier this month that his dope positive result was due to sabotage and spiking of his drinks/food with banned substances by another person.

WFI president Brij Bhushan Sharan said that the CAS panel was adamant to know the reason why any culprit was not punished till now if there was a conspiracy or sabotage in the case.

“From whatever I could understand, they (CAS panel) were asking why the guilty have not been punished till now under Indian judicial system. It’s not just arrest of somebody but they want to know about any punishment (handed to a guilty person). Perhaps, if the guilty was in jail today the decision may have gone in our favour,” he said.

“We were probably not being able to convince that there was a conspiracy. We tried but the decision went against us. They (CAS panel) asked why there was no action on the FIR, that there should have been a verdict on that. We said there was a legal procedure in India and there has been an investigation going on, which is yet to be finished. But they said everything should have been finished by now,” he added.

In a stunning reversal of fortunes, wrestler Narsingh was on Thursday ousted from the Olympics and slapped with a four-year ban for flunking a dope test after the ad hoc division of the CAS overturned the clean chit given to him by the National Anti-Doping Agency.

The World Anti-Doping Agency (WADA) had appealed against the NADA all-clear to Narsingh at CAS, three days ahead of his scheduled opening bout at the Olympics.

“It is unfortunate for the country and for Narsingh that the first player to qualify for Olympics is banned all of a sudden thanks to a conspiracy,” he said.

“We demand a CBI inquiry into the entire episode. There is a nexus in the country, there is a certain group working, a group which has worked with some players earlier also. I am 100 per cent sure somebody has plotted the incident against Narsingh and the Indian government should order a CBI inquiry so that nothing of this kind ever happened in future to any other player,” he said.

“The guilty should be revealed and their names brought out to break the nexus,” he added.

Asked about the condition of Narsingh after the CAS verdict, Sharan said, “Narsingh is not in a position to speak. He has been crying. I have asked his team to look after him and give him space.

“The chef-de-mission (Rakesh Gupta) has told us that he (Narsingh) can stay till tomorrow. By tomorrow he will have to leave the Games Village.”

Asked about the future course of action, the WFI chief said, “Whether there will be appeal or not, we will decide after consulting our lawyer after reaching India.”

He said that the WFI could not even discuss the case with its lawyer due to paucity of time. 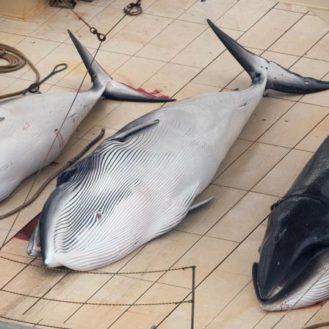