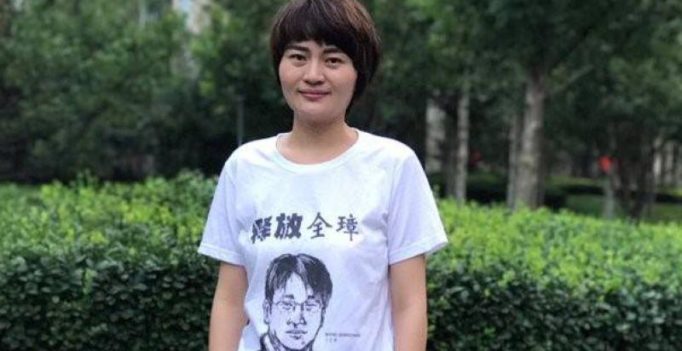 Lawyer Wang Quanzhang, who took on sensitive cases of complaints of police torture and defended practitioners of the banned Falun Gong spiritual movement, went missing in August 2015 during a sweeping crackdown on rights activists. (Photo: Facebook)

Beijing: The wife of a detained Chinese lawyer set off on Wednesday on a march of more than 100 km from Beijing to Tianjin city, where she believes her husband is being held incommunicado, in a bid to force authorities to explain his arrest.

Lawyer Wang Quanzhang, who took on sensitive cases of complaints of police torture and defended practitioners of the banned Falun Gong spiritual movement, went missing in August 2015 during a sweeping crackdown on rights activists.

His wife, Li Wenzu, has since heard little about her husband’s fate although authorities told her lawyer he had been detained. Neither Li nor the lawyer has been allowed to see him.

“We are walking to seek an answer from the Chinese legal system. Is China really a country with rule of law?” Li told reporters outside a Supreme People’s Court complaints office.

“Over the last 999 days, we have tried every possible legal means to find out what has happened to him, but there has been no result,” she said.

China’s public security bureau and justice department did not reply to faxed requests for comment.

On July 9, 2015, authorities launched what rights groups say was a coordinated attempt to quash China’s rights movement, in what is known as the “709” crackdown, after the date.

At the time, the official newspaper of the ruling Communist Party, the People’s Daily, described some of the prominent detainees as “a major criminal gang that has seriously damaged social order”.

Nearly three years on, most of those detained are in prison or under house arrest. Many of them made public confessions and were sentenced in what their families say were either secret or scripted trials.

Wang’s case is unusual in that no word of his fate has been released.

Li has been an energetic activist on her husband’s behalf. With support from other families affected by the crackdown, she regularly visits the courts to file missing person reports.

She said she expected it would take her 12 days to walk to Tianjin, over the 1,000-day anniversary of her husband’s disappearance.

She is being accompanied by Wang Qiaoling, wife of another prominent rights lawyer, Li Heping. He was handed a three-year suspended sentence for subversion last April.

Li said the authorities kept her under surveillance and she had kept her plan for her walk secret. “I didn’t send anything publicly, otherwise they would have known and stopped me,” Li said.

Despite restrictions, Li and the other wives have become effective advocates for both their husbands and the human rights lawyers in general, according to William Nee, a Hong Kong-based researcher at Amnesty International.

“They are in a very tough situation, but the fact that the government has put so many resources into monitoring and surveilling her suggests they are very concerned about the power she represents,” he said. 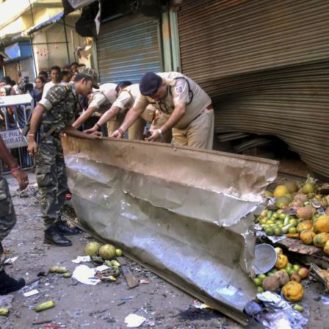