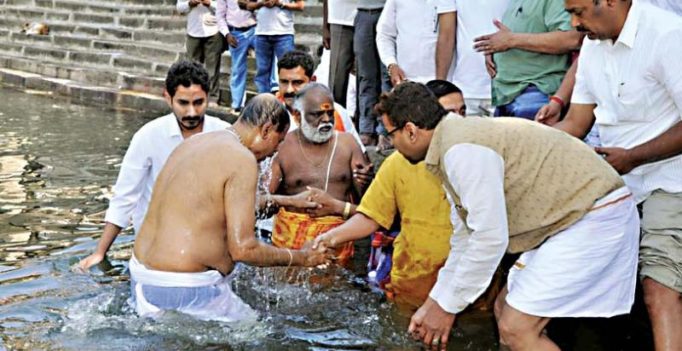 The ashes of Ananth Kumar being immersed in Cauvery at Srirangapatna in Mandya on Wednesday. (Photo: KPN)

Bengaluru: While the state BJP leadership has taken no decision yet on who should succeed late Union Minister, H.N. Ananthkumar in his Bengaluru South parliamentary constituency, the party’s city unit is backing his wife, Tejaswini to fill his shoes.

“We are confident we will be able to convince her to continue the legacy of Mr. Ananth Kumar in Bengaluru South parliamentary constituency. We have not yet discussed this with her as yet as this it is not the right time to raise it. But once the rituals are completed, we will sit and discuss it with the family and persuade madam to contest the 2019 Lok Sabha elections from Bengaluru South,” he added.

But should Ms Tejaswini refuse to contest the poll, the party’s next choice could be Basavanagudi MLA, Ravi Subramannya, according to him. Mr Ashok explained that the party’s focus was currently on the Assembly elections in Madhya Pradesh and Rajasthan, and it would not talk about Mr Ananth Kumar’s successor in Bengaluru South until they were completed.

While he maintained he was not interested in entering national politics himself, he indicated he was ready to lead the Bengaluru BJP in Mr. Ananth Kumar’s place “with guidance from party leaders like Subbanna, V.Somanna and Aravinda Limbavalli.”

Although he did not rule out the possibility of the party also considering Union Minister, D.V. Sadananda Gowda to lead the Bengaluru BJP, the idea did not seem to appeal to him.

“Mr. Ananth Kumar’s passing has left me orphaned as we had a good personal equation and working relationship in the party. He guided me all these years and persuaded me to accept the health portfolio in the Kumaraswamy cabinet in 2006. Many leaders in the party made desperate attempts to part us, but they didn’t succeed,” Mr. Ashok asserted. 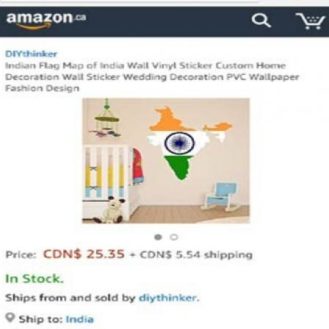