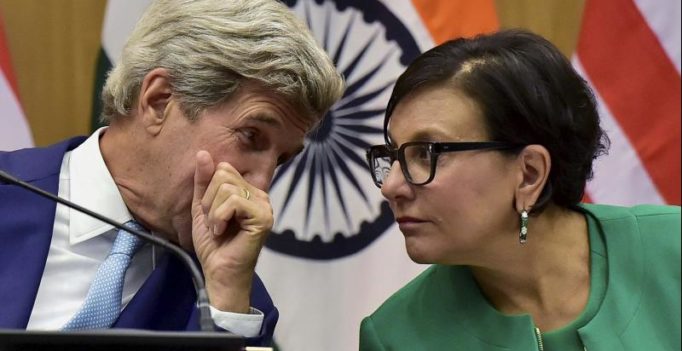 New Delhi: The US on Wednesday assured India it will look into concerns related to visa fee hike while maintaining that the decision was not targeted against Indian professionals.

Citing data, US Commerce Secretary Penny Pritzker said Indians were major “beneficiaries” as about 69 per cent of US H1B visas and 30 per cent of all L1 visas were issued to them last year.

“Any changes that have been made towards H1B and L1 visa applications… they are not limited or focused on Indian nationals. They are really across the board change.”

“But given the concerns expressed by Indian industry, I committed to Minister (Nirmala) Sitharaman to look into this and report back,” she said.

Pritzker was responding to a question on visa at a joint press conference by the US Secretary of State John Kerry, Indian External Affairs Minister Sushma Swaraj and Commerce Minister Sitharaman.

Sitharaman said the visa issue was raised during the 2nd Indo-US Strategic and Commercial Dialogue (S&CD) as well as in the CEO Forum. “Secretary Pritzker came forward proactively and spent some time (with industry representatives) and then she has offered that she will look into this matter definitely…,” Sitharaman said.

The minister said there was a “feeling” and “impression” that probably the Indian industries are being targeted due to increase in the US visas fee.

Sitharaman further said to dispel the feeling of being “targeted”, Pritzker came up voluntarily during the CEO Forum meeting and assured to look into the visa issue.

“We did raise it (visa issue). We voiced our concerns. We gave estimates as to what damage it has given to industry,” she added.

India has time and again raised the issue of hike in visa fees by the US. It has also filed a case in the WTO against the US decision to impose high fees on temporary working visas.

During the joint presser, External Affairs Minister Swaraj too said she has sought Secretary Kerry’s support for resolution of long-pending issues of totalisation and the fee hike for H1B and L1 visa that impact people-to-people exchanges, “which is a vital source of strength for our relationship”.

When asked whether both the sides discussed about the bilateral investment treaty (BIT), Pritzker said a high standard US-India BIT will provide real economic benefits to both the countries and will significantly boost India to attract investments from America. “But it is not in anyone’s interest or neither of our interest to negotiate an agreement that does not meet those high standards,” she said.

Pritzker also said the US has made enormous progress in facilitating financing for energy and infrastructure projects, investments in smart cities, supporting small businesses, innovation and entrepreneurship.

On BIT, Sitharaman said the model text was shared with the US authorities and “we certainly want to have inputs coming from them based on that we would like to continue the dialogue towards BIT”.

Giving a statement at the joint press briefing, she said a number of recommendations made during the previous two editions of S&CD have already been acted upon.

Based on the CEO forum recommendations, India and the US have agreed to take a focused intervention in several areas. “We have launched a transparent government e-market place (GeM). We have agreed to look at best practices exchange with GSA, Advantage which deals with government procurement in the US,” she said.

India and the US will work on best practices on procurement models and will look at collaboration between the Department of Expenditure and USTDA.

Taking forward innovation and entrepreneurship work stream, both the countries agreed to focus on small and medium scale enterprises. “We would be looking at creating a platform for sharing of best practices and technology as also address issues of finance and market access for SMEs and thus promote their integration into global value chains,” Sitharaman said.

Both the leaders also agreed on a programme called ‘Silicon Valley comes to India’ which will have experts from the US coming to India to interact with start ups and provide the required momentum to Indian entrepreneurial eco-system.

During the S&CD, Pritzker and Sitharaman reviewed the progress made since the last meet under the four work streams relating to infrastructure collaboration and smart cities, ease of doing business, innovation and entrepreneurship and standards.

Both sides welcomed the addition of travel and tourism as a new work stream for future collaboration. “We have decided to work together to see how US companies and investment bodies tap the opportunity of India’s infrastructure projects through mechanisms like the National Infrastructure and Investment Fund,” she said.

Both sides will also facilitate collaboration in research in health sector, specifically focusing on non-communicable diseases like cardiovascular ailments, diabetics and cancer, she added. 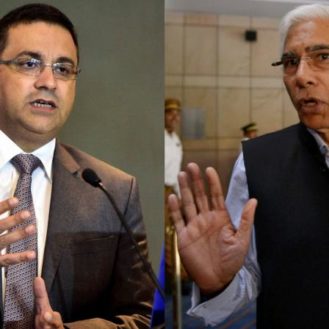 ‘Every time I refused to have sex, he raped me’: Boko Haram escapee

While working as a maid, she was expected to wash plates and cook for the militants. (UNICEF.org) Nigeria: A 17-year-old Nigerian teenager who escaped from…