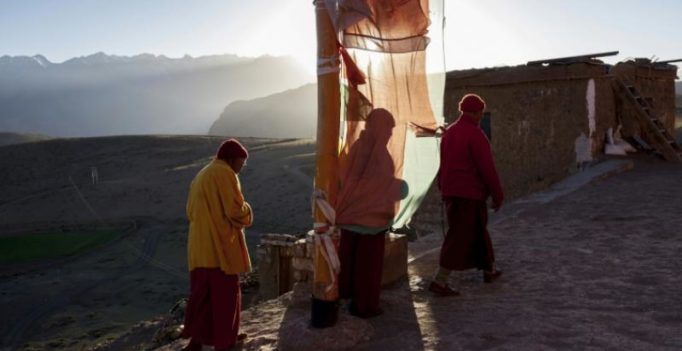 The monks and residents of the nearby village of Komik, said to be Asia’s highest, are already feverishly preparing for winter, stocking up on food and fuel, drying vegetables — and praying. (Photo: AFP)

Komik: Some 5,500 metres (18,000 feet) above sea level in the Indian Himalayas sits the Tnagyud Gompa Buddhist monastery, where snow can leave the monks in complete isolation for seven months a year.

The monks and residents of the nearby village of Komik, said to be Asia’s highest, are already feverishly preparing for winter, stocking up on food and fuel, drying vegetables — and praying.

“These are some of the busiest months as the permanent occupants follow a strict regime of Buddhist prayers, daily chores, preparation for winter months and study of the holy texts,” said Perma Sandrup, the monastery’s secretary.

“Typically, in our monastery the lamas pray at least two times each day. During summer retreat, which is around one and a half months, they pray the whole day,” Sandrup told AFP.

The monastery is currently occupied by around 20 monks in their saffron robes and shaved heads, staging festivals and welcoming a trickle of intrepid visitors — but when the snows come only around a dozen will remain.

Many monks and followers came to the region after Tibet came under Chinese rule almost 50 years ago.

But life at the Komik monastery, which is over 500 years old, and the surrounding area dotted with villages has also been affected by climate change.

Snowfall has been unpredictable in recent years, and any change in the amount of snow affects the fragile ecosystem, especially the water availability in summer.

“Last year we had almost negligible snowfall, which affected most of the remote farming communities in the region who grow peas and potatoes,” Sandrup said.

“This is something that most affects the lives of the people and the monks (who have been) living at these monasteries for hundreds of years,” he added. 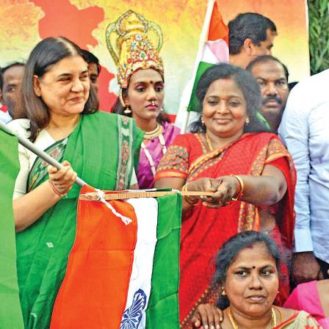 After the police reached the spot, they found the body of Yashpal, while his wife and two daughters were found lying injured, police said. (Representational…

Representational image. China vowed Tuesday to speed up the development of its space industry as it set out its plans to become the first country…