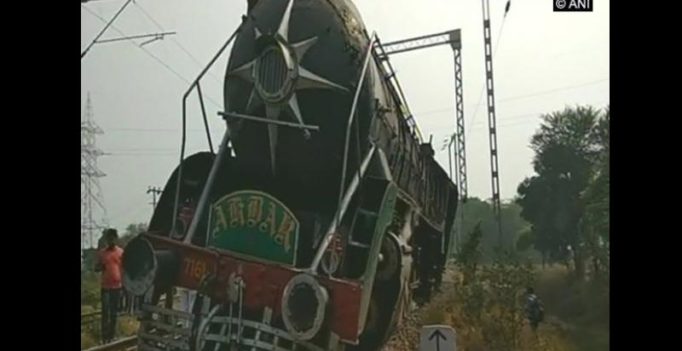 The engine was named after Akbar, the great Mughal emperor, and is 65-year-old. (Photo: ANI)

Rewari: A train engine derailed on Sunday after plying for two kilometers without a driver during a trial at the Heritage Loco Shed in Rewari, Haryana,

The two drivers jumped off the engine its brake levers got jammed, after which it crashed through the main gate of the shed and derailed after running on the tracks for 2 kms, according to reports.

The heritage steam engine was named after Akbar, the great Mughal emperor, and is 65-year-old.

It has featured in more than 20 Bollywood movies like ‘Sultan’, ‘Bhaag Milkha Bhaag’ and ‘Rang De Basanti’.

Sources reveal, the engine was built by the Chittranjan Locomotive Works and was inducted into service in 1965. 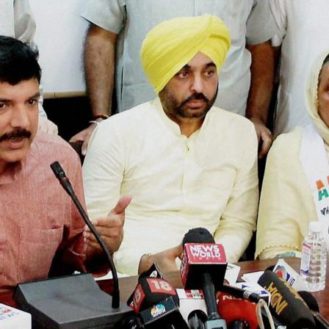