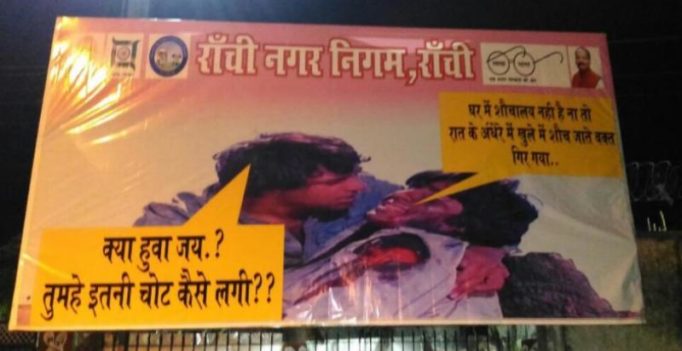 The Ranchi Nagar Nigam took a major step in health and sanitation by using Jai’s death in Sholay to create awareness. (Photo: Twitter)

Local authorities have been getting quite witty recently with their messages on social media and while Bangalore and Mumbai police handles have become quite popular on Twitter, Ranchi has another medium. The local municipal authorities recently put up an interesting advertisement that caught everybody’s eye because it had a reference from 1975 cult classic Sholay and people are loving it.

According to a media report, the Ranchi Nagar Nigam took a major step in health and sanitation by using Jai’s death in Sholay to create awareness. The iconic scene where Jai dies is shown with Veeru asking how he got hurt so much to which the former replies by saying that due to inadequate facilities for a toilet he got hurt when he set out in the dark. The hilarious poster is turning many heads for all the right reasons.

The poster has been put up to make people stop relieving themselves in public; whether it will make a difference is yet to be seen. The iconic star Amitabh Bachchan is part of the Swachh Bharat Abhiyan mission to make people aware about sanitation and his movies are certainly turning out to be a great tool. 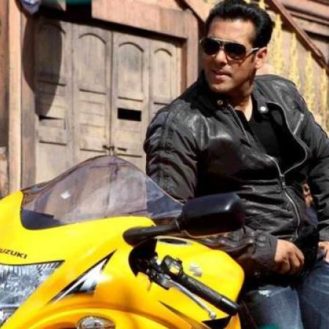