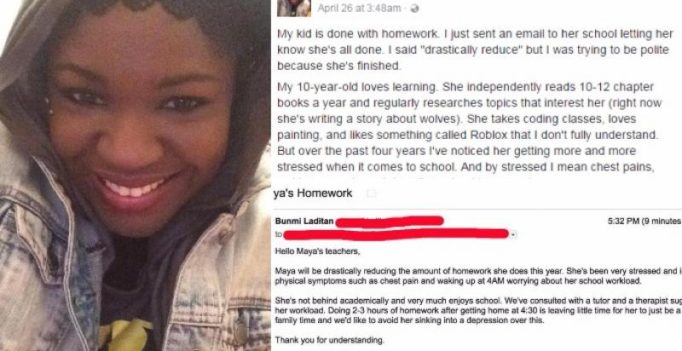 Most parents emphasize a lot on studies and homework so that they are sure their child’s future is going be secure. However, a mother in Montreal has had enough of the homework aspect and wrote a letter to the school stating that her daughter wouldn’t do homework anymore and for a very important reason, it has now gone viral.

According to a media report, mother and writer Bunmi Laditan had had enough of the homework that her daughter was doing. The mother of 10-year-old Maya told the child’s school that her daughter would stop doing homework from now on. She further added that she has seen her daughter get stressed, get chest pains, wake up early and even dreading to go to school in general.

Bunmi says that while homework is important it is also necessary that the child receives an all-around development which can certainly not take place with the current amount of stress. She also said that she might consider homes-schooling her daughter if the school decides to punish her. The post has now gone viral with over 18,000 shares on Facebook and 65,000 reactions with many people agreeing with her on the issue. 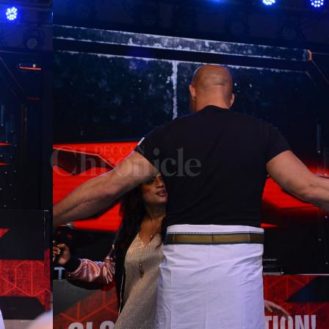