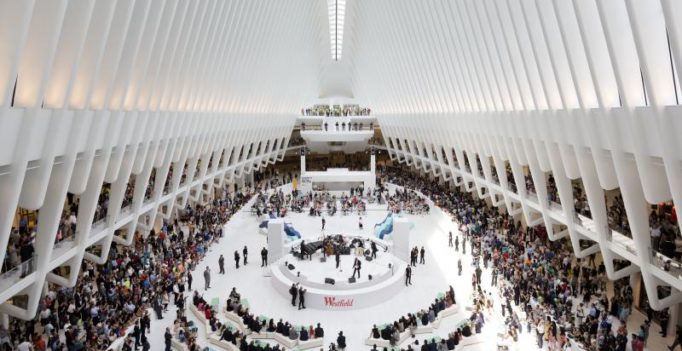 Crowds gather for a celebration for the opening of the Westfield World Trade Center mall in the oculus of the Transportation Hub, Tuesday. (Photo: AP)

New York: The reopening – and reinvention – of the World Trade Center mall on Tuesday reflects how much lower Manhattan has changed since the 9/11 attacks.

Once a scene of massive destruction, the area is now a vibrant one of office towers and upscale hotels, with three times the number of residents as before the attacks, weekday employees in industries beyond Wall Street, and millions of tourists visiting every year.

Shops from Apple to Forever 21 to H&M to John Varvatos will serve the increasingly diverse area where real estate experts say people have been eager for new stores and restaurants. The new spaces also let customers tap into technology, as some retailers use the space for their latest ideas.

The location is a “symbol of hope, opportunity, progress and perseverance,” said Bill Hecht, chief operating officer of Westfield Corp.’s US division. Westfield manages the retail properties, while the Port Authority of New York and New Jersey owns the real estate.

More than 100 stores will occupy the 365,000-square-foot center, with about 60 opening Tuesday and the rest by the winter holiday season. Ford Motor Co. is set to open this fall the first FordHub, a showroom for innovations that’s not a dealership. Shoe purveyor Aldo Group Inc. is using the opening to launch an app feature for its store, which will be rolled out to other locations. Digital billboards include a 280-foot-long one.

It stretches along a four-block underground network that spans the bases of three office towers. While mostly below street level, light beams in through the windows of the winged Oculus, designed by Santiago Calatrava, that top the transportation hub of 13 subway trains and river ferries. More than 300,000 commuters use it on a daily basis, many for jobs beyond finance in advertising and media.

More than 60,000 residents live within blocks of the World Trade Center area, about three times the number from right before 9/11. The former shopping mall in the World Trade Center was one of the most successful properties in the world, but catered to daytime weekday shopping, said Robin Abrams, vice chairman of The Lansco Corp., a real estate advisory firm. The new mall is expected to have a vibrant night and weekend atmosphere, and Hecht noted a deliberate move to include shops with necessities like drugstore Duane Reade.

Westfield says 15 million travelers are expected to visit the areas from the US and around the world next year to see the National September 11 Memorial & Museum and other nearby places of interest. There is no signage on the side of the mall that faces the 9/11 memorial.

“We have huge respect for this site,” Hecht said. On the anniversary of the attacks, the skylight of the Oculus – meant to symbolize the image of a dove released from a child’s hand – will open to bring in a slice of the open New York sky.

Westfield said ensuring safety and security at the mall is the highest priority for it and the Port Authority. Uniformed police and private security will be present at the mall, Port Authority spokesman Joe Pentangelo said, but declined to give specifics about any other measures.

“As with any high-profile public location and transit center, there are extensive security measures that have been put in place with law enforcement and others,” Westfield said.

The lower downtown area has about $6.5 billion in annual buying potential, said Jessica Lappin, head of the Downtown Alliance, which manages the downtown-lower Manhattan business improvement district. Hecht expects the mall will eventually generate about $1 billion in retail sales annually, making it one of the most productive of the company’s sites.

Smythson of Bond Street, a British maker of luxury stationery and leather goods, has a store in midtown Manhattan but is “really excited to be downtown,” said Ruby Victor, the head of marketing. Given all the foot traffic, she hopes being there will raise awareness of the company.

Real estate experts believe the mall will complement the nearby Brookfield Place, which opened in 2015 and features high-end shops like Gucci and Hermes. It will also be different from the Seaport Mall, which is being reopened next year and is focusing on catering to local residents. In addition to retail, a Beekman Hotel and Four Seasons Hotel as well as a performing arts center are coming, part of the $30 billion poured into the downtown area from public and private investment since 9/11.

“Our sense is that there has been demand for a long time that wasn’t met,” said Lappin. “There may be some bumps along the way. This is an area that needs places to shop and eat.” 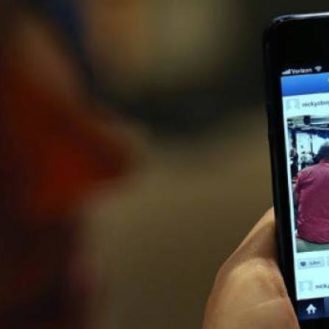