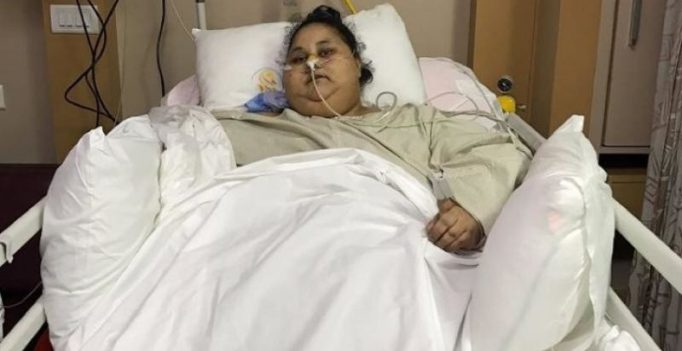 The “world’s heaviest woman” has shed half her weight — around a quarter of a tonne — in the two months she’s been in India for treatment, doctors said.

Egyptian national Eman Ahmed Abd El Aty weighed 500 kilogrammes (1,100 pounds) when she arrived in Mumbai in February on a specially modified plane to undergo emergency weight-loss surgery.In videos provided this week by the Saifee Hospital, where the 37-year-old successfully had bariatric surgery last month, Abd El Aty can be seen sitting up and smiling while listening to music.

“She looks a happier and slimmer version of her past self. She can finally fit into a wheelchair and sit for a longer period of time, something we never dreamt of three months back,” said a statement from doctors, announcing that she had lost 250 kilos.Abd El Aty had not left her home in Egypt’s Mediterranean port city of Alexandria for two decades until she arrived in India’s commercial capital on February 11.

She was put on a special liquid diet to get her weight down to a low enough level for doctors to perform bariatric surgery, essentially a stomach-shrinking bypass procedure carried out on those wanting to lose excessive weight.The diet helped Abd El Aty lose around 100 kilos in a month, allowing doctors to operate on her in early March.

Abd El Aty’s family say that as a child she was diagnosed with elephantiasis, a condition that causes the limbs and other body parts to swell, leaving her almost immobile.The Egyptian has suffered several strokes and faced a series of other serious ailments owing to her weight including diabetes, high blood pressure, hypertension and sleep deprivation. She is unable to speak properly and is partially paralysed.

“She continues to lose weight rapidly and is awaiting the moment she can fit into a CT scan machine to know the cause of her right-sided paralysis and convulsions,” doctors added in the statement published on the “Save Eman Cause” website Wednesday.

Muffazal Lakdawala, the doctor leading Abd El Aty’s treatment, added in a separate post that they hoped to put her on a trial obesity drug in six months. Doctors are trying to procure it from the United States, he said.In July last year, the Guinness Book of World Records recorded American Pauline Potter as the world’s heaviest woman at 293 kilos, well above Abd El Aty’s current weight. 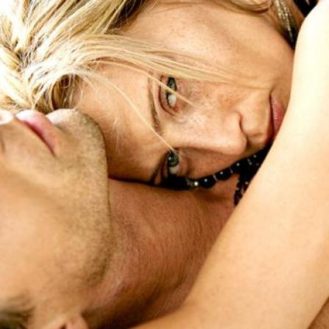 A video footage captured by a terrified onlooker shows the tiger sinking its teeth deeper into man’s neck and dragging him away. (Photo: YouTube Screengrab)…

he two were admitted to a hospital where their condition was critical. (Photo: DC) New Delhi: A vigilante group stripped two men and thrashed them…