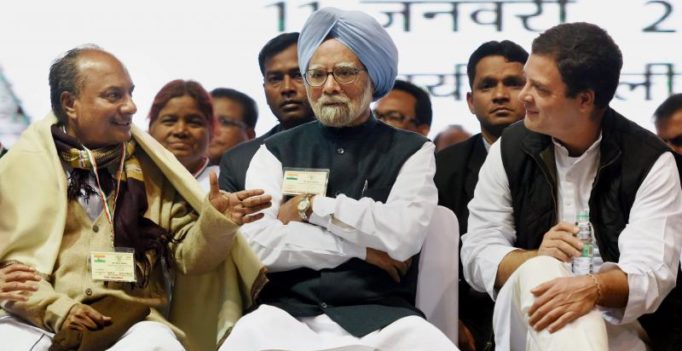 New Delhi: Amid fears of a decline in the country’s GDP, former Prime Minister Manmohan Singh cautioned the people today that the worse was yet to come in the wake of demonetisation which he termed as a “disaster”.

At a convention called by Congress on demonetisation, former Finance Minister P Chidambaram claimed there was no record of the Cabinet meeting of November 8 when the government had said to have taken the decision to withdraw Rs 500 and Rs 1,000 notes.

In his address at the ‘Jan Vedna’ conclave, Singh termed demonetisation as a “disaster” and said things were going from bad to worse and that the worse was yet to come.

He dismissed as “hollow claim” Prime Minister Narendra “Modi’s propaganda” that things have started looking up. The former Prime Minister said it was the “solemn duty” of all Congress men to tell the people the wrongs that have been done by Modi and that a “clarion call” should be given to the countrymen to “awake and rise” up in protest.

Both Singh and Chidambaram said there would be decline in the country’s gross domestic product (GDP) because of demonetisation.

He said that never before in India’s history such a farce has been enacted. The former Finance Minister also said that the reputation of RBI is at risk today.

The government and the central bank generally have differences but never before a government has treated RBI like a department of the Government of India, he added.

He said that even one per cent decline in GDP will lead to a loss of Rs 1.5 lakh crore to the country. He said every challenge thrown by Modi government should be matched by the Congress with utmost courage and utmost wisdom. “Only Congress party can stand up to this (challenge).”

The party also issued a statement at the convention that the Prime Minister must reveal what percentage of the demonetised currency notes was black money as practically all the demonetised notes have been deposited in banks.

“This exposes the hollowness of the government’s claims. The PM is masquerading as a crusader against black money and corruption after having singularly failed in fulfilling his promises of retrieving the unaccounted wealth and money stashed abroad,” it said.

The party said India’s image has been tarnished by projection that the Indian economy was primarily based on black money.

“It is also a matter of concern that during the 50-day period of ‘notebandi’, an unholy nexus of certain corrupt BJP leaders, black-marketeers and bank officials were shown to be operating by various media channels, indulging in illegal conversions of stockpiles of currency,” the party said.

It said for the corrupt black money holders, the back door of banks operated, while the common man waited for his turn in lines at front doors.

In the statement, the Congress also demanded an impartial and independent inquiry into charges of personal corruption against Modi when he was the chief minister of Gujarat.

“Why has the Modi government not conducted an investigation into this serious charges of corruption for 31 months despite availability of evidence? Why is PM Modi not coming forward to conduct an independent probe in the matter if he has nothing to hide?” the statement said.

On demonetisation, the party said Indian economy has been “disrupted, derailed and it is in a shutdown mode” and that millions of workers in farming and construction and in other sectors have lost jobs and employment.

“The Prime Minister remains unmoved and in denial even when tens of millions of people have been forced to stand in queue before banks and ATMs for nearly 60 days. The promised amount of currency notes has not been made available,” the statement said.

“The Congress party expresses its serious concern that investment sentiments remain depressed, the investment rate is negative and the gross capital formation has fallen in real terms.”

The ground realities contradict the hype and claims of high GDP growth, it said.

The Congress said the blame of pushing the Indian economy into the abyss lies squarely with the Prime Minister and the BJP government and that the party condemns the government for “inflicting immense suffering and hardships” on the people.

The party also condemned “escalation of atrocities on dalits, adivasis and minorities and the violent attack on the poor who have raised their voice of protest in many parts of the country”.

“It is deplorable that persons occupying positions of responsibility in the government and in the ruling party have encouraged and endorsed the actions of individuals and organisations responsible for these incidents and acts of violence,” it said.

The Congress also accused the BJP dispensation of apathy towards the farmers, agricultural and manual workers and said that there has been acute distress in the agrarian sector.

The party also accused the government of “undermining the established institutions of governance, centralisation of authority, arbitrary partisan decisions, abuse of power and misuse of government agencies to target political opponents, critics and institutions”.

“Congress party warns the government that its undemocratic methods and acts to curtail liberty, freedom of expression and violation of fundamental rights of the citizens as enshrined in the Constitution will be strongly resisted,” it said. 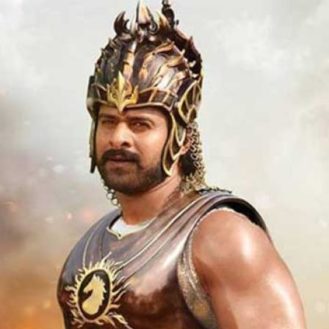 Representational Image. New Delhi: Robbers fired in an ice cream parlour injuring an employee and looted money from the shop in Defence Enclave area of…