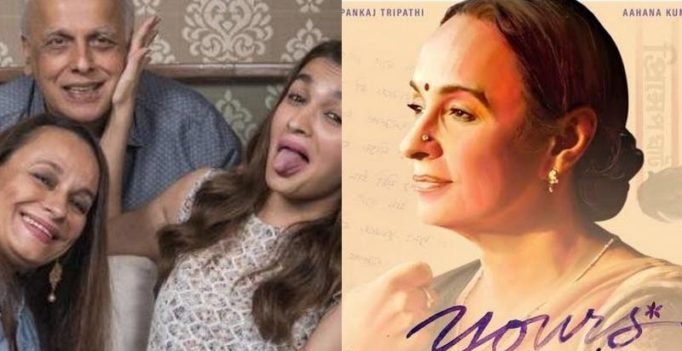 In the poster, Alia’s mother Soni Razdan can be seen deeply engaged in her thoughts.

Mumbai: Bollywood diva Alia Bhatt was extremely delighted to share the first poster of upcoming film Yours Truly, starring her parents together for the first time.

The ‘Dear Zindagi’ star took to Twitter to share the poster of the movie, writing, “SO SO happy to share the lovely poster for #YoursTruly, a very special film which also brings Mom & Dad together on screen for first time! Premiering @busanfilmfest Asia’s biggest film festival @Soni_Razdan @MaheshNBhatt @buntysaab @ShiladityaBora @nikhilc01 #YoursTrulyAtBusan”

In the poster, Alia’s mother Soni Razdan can be seen deeply engaged in her thoughts.

Yours Truly has been directed by Sanjoy Nag and the film also features Pankaj Tripathi and Lipstick Under My Burkha actress Aahana Kumra in pivotal roles. The film will be screened at the 23rd edition of the Busan International Film Festival, which will be held in October this year.

The film has been shot in Kolkata and is based on a short story, titled ‘The One That Was Announced’ by award-winning writer and playwright Annie Zaidi. The story revolves around a woman and her journey of finding love in the most unexpected places.

Soni Razdan and Mahesh Bhatt will share screen space for the very first time together in the film. The film is produced by Shiladitya Bora, Nikhil Chaudhary, and Milapsinh Jadeja. 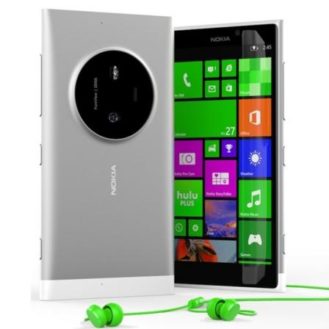 Some reports say that Microsoft will continue to invest in the platform, with signs that even a new phone running Windows 10 Mobile could launch…

Saif Ali Khan-Kareena Kapoor Khan, Aishwarya Rai Bachchan-Abhishek Bachchan, Hema Malini-Dharmendra. We all are familiar with the issue of gender pay gap, and that men…