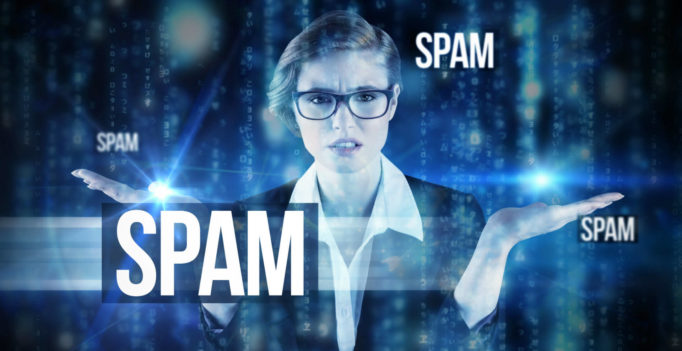 Editor’s Note: Since this column was originally published, we’ve received comment from Google on the matter, which we’ve included at the conclusion of the piece.

Google recently posted a blog article raving about how it tackled webspam in 2015. The numbers were quite impressive. The webspam team handed out more than 4.3 million manual penalties last year, which must have been pretty labor-intensive.

If only they applied the same efforts when it comes to Google My Business (GMB).

Currently, the spam situation with GMB is bad. Spam is everywhere — and other than cracking down on the locksmith industry, Google doesn’t seem to be doing much at all about it.

The Google My Business guidelines state the following with regard to business names:

The problem is that there doesn’t appear to be anything that Google is doing to actually enforce this rule. It matters because having keywords in the business name actually helps improve ranking. Therefore, people who are breaking Google’s guidelines are reaping a benefit.

So what happens if you break this rule? Pretty much nothing. No penalties, no long-term harm. If a Maps user ends up seeing it and correcting it, it’s likely the business owner will just flip it back to what it was through the Google My Business dashboard.

If it’s on a bulk feed, it’s generally even harder to get fixed. I often see big chains with city names in their titles that have been there for years, like this Walmart Canada example. Google does nothing about it.

So if it helps you rank, and Google does nothing to stop it, why not do it? I have no good answer for that.

As Mary Bowling said, “It’s an open invitation to spam and it certainly seems like Google could be capable of determining a business’ real world name if they tried even a tiny bit to do so.”

This is a really old trick that still works very well. If a business wants to rank in a city that they’re not located in, they go get a fake address in that city (P.O. box, virtual office, a condo you own and so on).  It’s extremely easy to verify these in GMB, since you’ll get the verification postcard when it arrives.

These stay on the map for years and rank extremely well. Worst-case scenario is that you get caught and Google ends up removing the listing. They’ll still keep your legitimate business listing, so really, no harm done.

I had a former client do this five years ago, and I thought I’d check to see how it was doing. He used a mailing service in a big city. The listing was still live, still verified and ranked in the top three for an extremely difficult keyword in one of the largest cities in the USA. He gets about 13,000 impressions a month — impressions that should be going to real businesses that are actually present in this city.

If that isn’t bad enough, Google often fails to fix issues when you report them.

When you report spammy listings, they might eventually get taken down — but usually it takes Google about three months to respond, unless you escalate it through one of their help forums. When they finally do reply, it’s still possible for the business to get it reinstated.

Here is an example of a fake listing that I had to report four times before it stopped getting reinstated. This is the history:

So not only does Google choose to keep fake locations on the map, they don’t have a system sophisticated enough to keep it from coming back after a user has taken the time to report it. I don’t know how the GMB team didn’t see the notes on this listing when they reinstated it. I’m not even sure if they even read any of the comments people make when submitting reports via Google Maps or Map Maker. It definitely doesn’t appear like it.

I’ve heard many mappers who think that it’s not really “Google” reinstating these listings, but rather the business owner doing it through GMB. I decided to report a listing I had access to in order to see if that’s true.

Unfortunately, it’s not. Google is the one reviewing these edits. It’s not a machine, it’s just a person who apparently can’t tell if a listing is fake or real, even when the user has provided tons of evidence. A huge majority of edits to remove verified listings will get denied if you don’t report them through the GMB forum.

Google has this “useful” feature for service area businesses so that they can get listed on Google Maps without exposing their home address (except it’s not really hidden). Spammers just LOVE this because it allows them to keep all their tactics secret and makes it harder for users to catch.

This is why the first thing a spammer will do when they hijack a listing is hide the address and then delete the listing from Google My Business. This will leave the listing out there, ranking, with bad information on it. If a listing has no reviews or photos, it’s sometimes not even possible to tell it got hijacked.

A listing gets hijacked when someone decides to claim an old listing for a business and change all the information to a completely different business. This shouldn’t even be possible, but it is, as you can see in this recent example or this example. Spammers do this because ranking power is often associated with old listings that have been around for a long time.

Google: If you’re reading this, it’s time for you to either get rid of the Google My Business guidelines or actually start enforcing them. Also, when a user takes the time to report spam to you, please actually read the comments, and don’t protect the spam that exists. As Colan Nielsen pointed out to me, Maps spelled backwards is SPAM — and trust me, it’s not a coincidence!

For those of you wanting to know more about how spammers are doing this and getting away with it, I strongly suggest reading Bryan Seely’s newly released book: Cyber Fraud: The Web of Lies: US Marine Risks Life in Prison To Expose a Cybercrime That Consumers Know Nothing About. Danny Sullivan posted about Bryan’s experiments last year here on Search Engine Land.

Postscript: One week after this column was published, a Google spokesperson reached out and had this to say:

We’re in a constant arms race with local business spammers who, unfortunately, use all sorts of tricks to try to game our system — and who’ve been a thorn in the Internet’s side for over a decade. Millions of businesses regularly make edits to their addresses, hours of operation and more, so we rely heavily on the community to help keep listings up-to-date and flag issues. But this kind of spam is a clear violation of our policies and we want to eradicate it. As spammers change their techniques, we’re continually working on new, better ways to keep them off Google Search and Maps. There’s work to do, and we want to keep doing better.

How to install python-libpcap on Debian Unstable (Sid)

How to install spf-milter-python on Debian Unstable (Sid)

How to install traceroute on Debian Unstable (Sid)

This tutorial shows how to set up a CentOS 5.1 based server that offers all services needed by ISPs and web hosters: Apache web server…

How To Set Up A Feng Office Suite Web Server On Ubuntu Server 10.10

This howto describes how to set up a local intranet web based office suite server (on Ubuntu 10.10 server) based on Feng Office which used…

How to install mp3info-gtk on Debian Unstable (Sid)

How to install wiliki on Debian Unstable (Sid)

How to install wims-moodle on Debian Unstable (Sid)

How to install pyppd on Debian Unstable (Sid)

How to install doc-rfc-others on Debian Unstable (Sid)

How to install python-formalchemy on Debian Unstable (Sid)

How to install openms-doc on Debian Unstable (Sid)

How to install node-htmlparser on Debian Unstable (Sid)

How to install libmpfr4 on Debian Unstable (Sid)

How to install libcdb-dev on Debian Unstable (Sid)

How to install libpam-dbus on Debian Unstable (Sid)

How to install pear-channels on Debian Unstable (Sid)

How to install libtag1-dev on Debian Unstable (Sid)

How to install python-werkzeug-doc on Debian Unstable (Sid)

How to install python3-tk on Debian Unstable (Sid)

How to install ruby-valid on Debian Unstable (Sid)