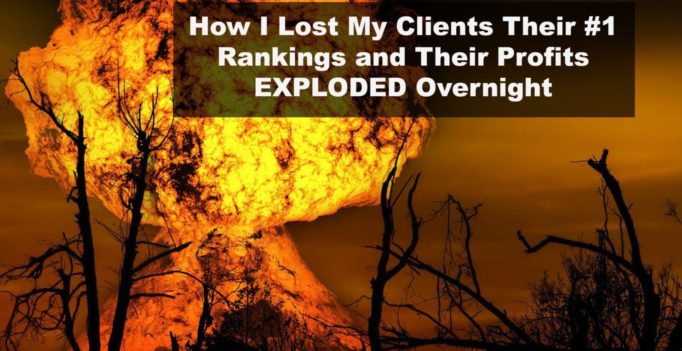 I started my business right about the time Google did. I wish I could say Google and Pole Position Marketing shared the same growth trajectory…

…but sadly, my dream of buying super-soldier robot armies is yet to be realized.

This story isn’t about me, however. It’s about these people:

Andy and Shirley started their battery company after Andy developed an allergic reaction to the resins he used at his previous company. That company sold, giving the Andersons enough money to live on while they started something new. Enter a vehicle maintenance products company called Unique Maintenance Products.

Andy started selling products such as fuel additives and alarm systems at trade shows and large swap meets across the country. Eventually, he worked his way into selling battery chargers for cars and motorcycles along with the accessories. He then added motorcycle and off-road vehicle batteries as well.

About 16 years ago, Andy asked me to build him a new website that would help him get more sales online. I promptly built his website using cutting-edge coding technology called “HTML frames.” HTML frames were great! Until they weren’t.

After the site was complete, Andy wanted more. He asked me to SEO his website so he could get top rankings and even bought me a program called Web Position to do it with.

Yes, Andy is my stepfather — and he was also my very first client. Twelve hours earlier, I had picked up a book called something like “Learn HTML in 24 Hours” and used that knowledge to build my first website. Much like college, I got halfway through and dropped out because I was busy already doing what I was learning how to do!

When I first started optimizing Andy’s website, the goal was to sell enough products online so the Andersons didn’t have to go on the road to survive. Kids, before the internet was created, people had to actually go to places to sell their products! Strange world, I know!

Every few months, the Andersons would load up their RV with product and travel to a trade show or two. They’d sell enough to live off of for a while, go back home to restock, and then hit the road again.

I remember when the Andersons no longer had to travel for business. From that point forward, they did it just for fun. In fact, now in retirement, the Andersons are planning to sell their home and become full-time RVers. Must be nice.

But traveling for fun was a long way off for the Andersons because they soon found that they could sell more product online than they ever sold from their RV.

With their traveling days behind them — for a while, at least — their next goal was to sell $100,000 worth of product. At a 35-40% margin, and a great reduction in fuel costs, that was a good living for them. It was within the first year or two of building their new site and investing in online marketing that these two goals were hit.

Sure, it doesn’t sound like much, but to a mom and pop shop, it was fantastic!

As the business grew, Andy realized that their profit margins were in battery chargers and motorcycle batteries. They began phasing down the maintenance products to focus more on the battery side, renaming the company toward this new focus: BatteryStuff.com.

As the company approached the $500,000/year mark, it came time for the Andersons to retire. Sadly, they sold the company, but the new owner decided to keep our team on as their optimization and marketing company.

Beat Out By Spam

The business continued to grow, and within a couple years the new owners were doing $2M in business each year. But like every growing business, they see every missed opportunity as a loss.

See, we struggled to get BatteryStuff to #1 in the search rankings for their two most important terms, “motorcycle battery” and “motorcycle batteries.” For years, the best we could do was get them into the #3 position — and that was beginning to fall, with rankings hitting a “low” of #4 or 5.

To add insult to injury, a fired BatteryStuff.com employee was able to get his new website to #1 using spammy SEO techniques that we simply refused to do ourselves. Every SEO who’s been in that position understands what it’s like to see a nobody company come out of nowhere to “dominate” the search results using tactics that Google tells us don’t work! Talk about frustrating!

But we refused to play the same game, doing our best to convince BatteryStuff that the methods the competitor used would ultimately hurt them. If we chose to use the same tactics, we may get them to number one, but it would be short-lived and at the expense of ruining their ability to ever rank again. “Just watch,” we told them.

It wasn’t long — though it felt like an eternity — before we were proven right. One day, the competitor disappeared from the top spot. In fact, they pretty much disappeared completely from the search results. Vindication, at last!

But that wasn’t the last time we would be vindicated. With the competitor gone, BatteryStuff’s new owner wanted to be #1. Yeah, we know. The problem was, at least the way we saw it, that the company had about a 2-year backlog of recommendations that were not being done. We were dutifully optimizing content and building links, but the web developer wasn’t actively working on the architectural recommendations we’ve been requesting.

“If you just implement those recommendations, you’ll overcome the barriers keeping you from the top rankings,” we told them confidentially!

And then Steve, the new owner of BatteryStuff, did something surprising. He called me on it. “Ok,” he said, “we’ll get these taken care of, and then you’ll have no excuse for not getting us to #1.”

Talk about pressure! As confident as I was in our recommendations, there was no way to guarantee that implementing them would jump them to #1.

We suddenly became a praying company!

Why Doesn’t Every Client Do This?

Within about six months, BatteryStuff had hammered out 90% of the recommendations we had for them. We knew the clock was ticking. Whether we would keep or lose this long-standing client depended on us getting them the results they wanted.

Sure enough, it wasn’t long after implementing our recommendations before their two priority keywords shot to the #1 position! So what did I do? I threw it in my client’s face!

No, I wasn’t being inappropriate to my client — just my brother. Andy, our stepfather, sold the business to my brother, Steve. And I didn’t really say “suck it.” He is my big brother, after all. But I did think about it!

The important thing is that we were able to demonstrate the important part site architecture plays in good SEO.

This is a story that all SEO clients need to read! But this isn’t a story about getting to #1 — it’s a story about losing that #1 position and being all the better for it.

When Losing Rankings Is Good For Business

The #1 rankings achieved were a bonanza for business. BatteryStuff continued to grow, adding new products, creating its own line of motorcycle batteries, and moving to a bigger warehouse.

We continued to tweak the site navigation and architecture, creating new product category pages and product filtering options that increased the site’s landing pages from a few dozen to a couple hundred. That made a huge difference, allowing more pages to rank for more specific product queries!

And then one day, the worst possible thing happened. One specific architectural recommendation was put into effect which caused an almost immediate loss in the search engine rankings we worked so hard to achieve. At the time of this writing, you won’t find BatteryStuff ranking #1 for “motorcycle battery” or “motorcycle batteries.” Instead, you’ll see that some big-brand chains have overtaken them.

It’s still not a bad story. Here is a mom-and-pop shop with under 10 employees duking it out with Autozone, BatteriesPlus, and O’Reilly Auto Parts!

But here’s the kicker: at the same time that we saw the drop from #1 to #4 in Google, BatteryStuff also saw a sharp increase in organic traffic.

We needed to investigate this as it seemed pretty counterintuitive. Why would we lose rankings but grow in organic traffic?

As we dug deeper, we found something interesting. The number of pages drawing search traffic shot up. The site saw a 22% increase in pages drawing clicks from search, adding almost 1,000 pages! And remember, this happened when we lost rankings!

One of the things we tried to avoid with BatteryStuff’s architecture was too much link dilution with category and product pages.

With the architecture in place, that was able to get them to #1; we had corralled much of the link juice toward category pages where the bulk of the keyword search volume fell. The problem is this placed products very far down the click-chain, making those pages less authoritative.

Yet, as the category pages lost rankings, we saw rankings for product pages shoot up. While product-specific keywords get far less search volume than the top-level category keywords, taken together, their search volume exceeds that of the individual higher level phrases.

The loss in traffic from rankings to the motorcycle battery page was more than compensated by the increase in traffic that resulted from the product pages now ranking better.

While we haven’t given up on getting the site’s #1 rankings back (new recommendation: invest hundreds of thousands into online marketing like Autozone!), we’ve proven that sometimes the #1 spot may be holding you back from even greater profits!

Addendum: If you’re wondering about the whereabouts of the Andersons; well, so am I, most of the time. Last I heard, they were spotted enjoying their retirement in the great outdoors. 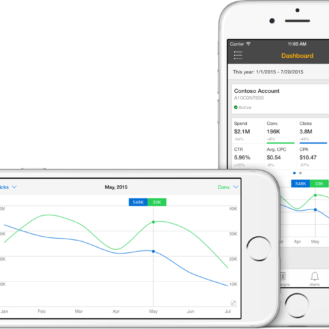 Bing Ads iOS App Gets An Update, Goes Global & Android App Is On The Way

Bing Ads debuted an app for iOS in April in the US. As of today, the app is now available in the App Store globally, and it…

How to install libasyncaudio-dev on Debian Unstable (Sid)

How to install sox on Debian Unstable (Sid)

How to install roarplaylistd-dbg on Debian Unstable (Sid)

How to install python-cmislib on Debian Unstable (Sid)

Everything you need to know about Google’s ‘Possum’ algorithm update

For those of you wondering what “Possum” is, it’s the name we in the local search community decided to give the massive Local algorithm update…

Apple now has public place pages — but what exactly are they for?

How to install python-all on Debian Unstable (Sid)

How to install ruby-ftw on Debian Unstable (Sid)

How to install python-ceilometermiddleware-doc on Debian Unstable (Sid)

How to install python-pyfai-doc on Debian Unstable (Sid)

How to install tla-doc on Debian Unstable (Sid)

How to install playmidi on Debian Unstable (Sid)

How to install python3-burrito on Debian Unstable (Sid)

How to install libpoppler-qt4-4 on Debian Unstable (Sid)

How to install libpocketsphinx3 on Debian Unstable (Sid)

How to install tryton-modules-account-asset on Debian Unstable (Sid)

Set Up Ubuntu-Server 6.10 As A Firewall/Gateway For Your Small Business Environment

How to install qtcreator on Debian Unstable (Sid)

How to install odt2txt on Debian Unstable (Sid)

How to install python3-toposort on Debian Unstable (Sid)