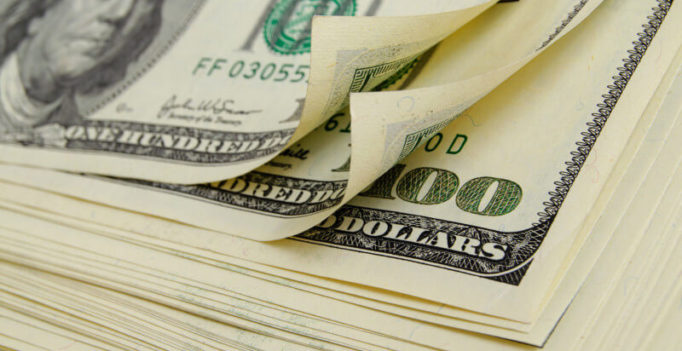 There’s never a bad time to look for efficiencies within your account. Of course, there are the obvious things to look for: keyword bids, dayparting, geography and device performance and so on, but sometimes inefficiencies stem from issues below the surface.

One of the ways I like to dig into an account’s structural and economic health is by taking a look at query mapping.

By that I mean filtering through the search queries to see which ad groups and keywords queries are being paired with and subsequently adding negatives to ensure that queries are matched most appropriately. (I’ve heard query mapping called by other names such as negative keyword sculpting, negative keyword funneling and keyword mapping. I use these terms interchangeably.)

Query mapping isn’t really a new concept, but a lot of advertisers aren’t familiar with it and/or don’t see the value in what might seem like tedious work.  The most common anti-query-mapping arguments that I hear are:

I don’t entirely disagree with either of the arguments above. I don’t find query mapping to be particularly time-intensive, but it does require some time — as does any other optimization. The engines do a generally decent job of matching queries to terms, but they aren’t perfect, as you’ll quickly see if you review your query mapping.

But the bottom line is this: If you don’t partake in query mapping, your account could be wasting money.

The art of keyword mapping is great for taking terms that are already performing and pushing them to perform a little bit better.

Take a look at the chart below. This chart includes actual numbers, although the search queries, ad group names and campaign names have been changed for the sake of anonymity.

The search term “pink puppy collar” is matching to keywords in two ad groups: Puppy Collars General and Puppy Collars – Pink. Why does this matter? It matters because if you look at the conversion rate and the CPA, you’ll notice that they vary pretty widely.

Unsurprisingly, the keyword performs much better within the Puppy Collars – Pink ad group. The ad copy in that ad group is very specific to the query, and it delivers users to a highly relevant landing page — whereas the other ad group is more generic, with generic ad copy and landing pages. The generic ad group is meant to grab less-specific queries.

Without any changes in the account, the ad group Puppy Collars General would likely continue to grab the lion’s share of the traffic for the search term “pink puppy collar.”

However, since it performs better in the Pink ad group, I added it as a negative in the General ad group so that it would push the traffic to the Pink ad group. In this case, the keyword “pink puppy collar” already existed in the Puppy Collars – Pink ad group — but if it hadn’t, I would add it.

The Keyword Is Paused, But The Query Remains

Part of growing an account means testing and adding new keywords, but those keywords don’t always work out. The problem is that sometimes when you pause that keyword, the corresponding query will just begin to match to a different keyword instead, which means that you’re still getting that poor traffic — even though you didn’t intend to.

(As noted in the previous example, the data below is real but the ad group name, campaign name, and search terms have been changed for the sake of anonymity.)

In this situation, the term “purple puppy sweater” was coming through the Puppy Sweaters ad group and mapping to the best appropriate keyword; however, it wasn’t performing very well. The keyword had been paused, but the term continued to come through a different keyword. It hadn’t spent much before it was caught and added as an exact match negative, but without having reviewed the search term report, it could’ve continued to spend money at an exorbitant CPA.

Ensuring that poor search queries aren’t continuing to seep into the account is a pretty big benefit in itself, but there are additional benefits to negative keyword mapping.

A major benefit is that you can see a truer snapshot of keyword performance. In the first example that I used above, you might not have expected the keyword “pink puppy collar” to be a very valuable keyword. After all, it had only driven about six conversions. After looking at the search term report, though, you could easily see that keyword has a lot of potential.

The query “pink puppy collar” may also have been dragging down the performance of the modified broad keyword in the general ad group that it was mapping to, even though it was driving conversions; the CPA isn’t necessarily favorable.

Other Use Cases For Negative Keyword Sculpting

Query mapping is important for all of the reasons above, if not just for the pure and simple fact that it can help you to ensure that you’re putting your best (and most relevant) foot forward with ads and landing pages. But there are a few other situations where negative keyword sculpting is important.

If you build out campaigns or ad groups by match type, negatives should be added to make sure that the appropriate query maps to the best possible keyword. Otherwise, the value of your match type structure is essentially nullified.

Also, if you have dynamic search campaigns, you’d likely want to do some keyword sculpting to ensure that you aren’t robbing Peter to pay Paul. DSAs are great for picking up queries that might be missing in your account, but they’ll also compete with your regular search campaigns if you don’t add negatives to ensure that they don’t.

Last but not least, query mapping can be incredibly valuable within shopping campaigns, but that’s a whole post in itself. Luckily for you, Kirk Williams has already written said post and you can (should) check it out here.

It’s usually a good idea to start by reviewing which queries are mapping to multiple ad groups and resolve those issues first. Then you can go through and begin to get more granular by looking at which queries are mapping to which keywords. This is extra valuable if you have different destination URLs for different keywords, but even if not, it’s still valuable to isolate keyword performance.

If you haven’t reviewed your query mapping before, you might be a little surprised to see how many queries you have that are mapping to multiple ad groups, and it may even lead to some small structural changes, such as ad group buildouts. You’ll tend to find that the more frequently you review, the less time-intensive the task will become over time.

Plus, as this becomes top-of-mind, there are a lot of great opportunities to do so at the outset. If you have a generic ad group, it’s good to add the descriptors that make up your more specific ad groups as negative terms to help funnel terms to the most appropriate ad group. Still, as your account grows, you’ll likely continue to find some to be added ad hoc as you review the reports.

As with any other account changes, I always suggest monitoring performance after making optimizations. In situations like the first example above, we’re inclined to believe that the keyword will perform better if forced to map to the most relevant ad group (and with good reason), but we can never be completely sure until we see how it performs after the negative is added.

Keyword mapping can take a bit of time, but the return on time invested can be more than a little valuable.

How to install wmdate on Debian Unstable (Sid)

How to install open-vm-tools on Debian Unstable (Sid)

Google is testing a new method of showing multiple languages in the mobile search results interface in India. Abhijeet Mukherjee shared a screen shot of…

How to install pavumeter on Debian Unstable (Sid)

This tutorial is Copyright (c) 2013 by Falko Timme. It is derived from a tutorial from Christoph Haas which you can find at http://workaround.org. You…

How to install zip on Debian Unstable (Sid)

How to install cpl-plugin-fors-calib on Debian Unstable (Sid)

How to install python-nacl-doc on Debian Unstable (Sid)

How to install php-symfony-yaml on Debian Unstable (Sid)

How to install mrrescue on Debian Unstable (Sid)

How to install python-py on Debian Unstable (Sid)

How to install ruby-joiner on Debian Unstable (Sid)

How to install policykit-1-doc on Debian Unstable (Sid)

How to install libxqdbm-dev on Debian Unstable (Sid)

How to install GlusterFS with a replicated volume over 2 nodes on Ubuntu 14.04

How to install whiptail on Debian Unstable (Sid)

How to install zathura-djvu on Debian Unstable (Sid)

How to install libkf5solid5-data on Debian Unstable (Sid)

How to install openssh-blacklist on Debian Unstable (Sid)

How to install serverstats on Debian Unstable (Sid)