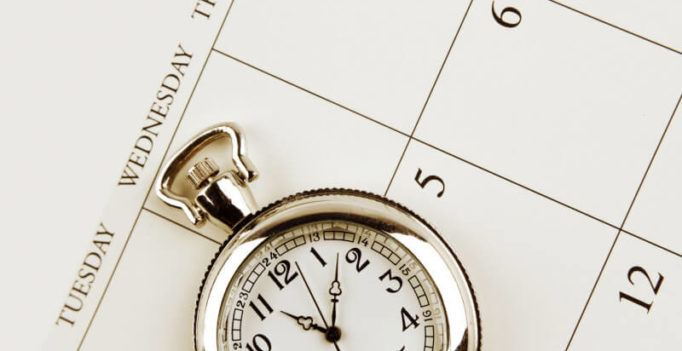 Is your site is in deep water in the search engines? Perhaps you got hit with a manual penalty. Perhaps competition is simply outperforming you in results and in sales. Maybe you’re the consultant or in-house SEO who has been assigned to a tough case….

For site owners or marketing managers, it’s often difficult to understand why your rankings or conversion rates are not improving — are perhaps even declining — after implementing huge site changes at the advice of your SEO practitioner. If you’re the SEO in that situation, you might have a tough time explaining exactly why you can’t just “SEO it faster.”

Now, it could be that your strategy isn’t working; however, it’s more likely that there is simply a disconnect between the SEO practitioner and the rest of the team about the nature of a “realistic SEO timeline.” How do we solve the information gap?

Here are some ideas that are great for starting the discussion:

Optimize Worldwide’s Matt Morgan wrote a great article back in May comparing SEO to taking antibiotics. While this is a fine analogy, it doesn’t tell the whole story.

SEO is about fixing current problems as much as it is about preventative measures and continual improvement. Once your “treatment” of short-term SEO tasks is done, your site should never stop practicing SEO.

Perhaps a better analogy would be to say that SEO works similarly to a fitness routine. If you start skipping your routine — or stop doing it all together — you’re not going to achieve or maintain optimal results.

Of course, before starting that fitness routine, it is always important to check in with your doctor, who will make recommendations as to what can be feasibly done without damaging your body. This is the SEO’s first job: looking at your site to diagnose what problems are going on, and providing guidance on how you can build strong, reputable authority and rankings over time.

Going too fast and expecting extreme results will often end up resulting in some sort of “over correction” that could damage your site further, just like an extreme diet can work in the short term, but ultimately put you right back where you started — or worse, do damage to your body.

A lot of the technical side of SEO is troubleshooting. The fact is, it isn’t always evident why your rankings are fluctuating. For example, is it possible that an SEO tactic used in the past is now being recognized as spam, meaning that its value has been discounted within Google’s ranking algorithm. That could lead to a huge drop in rankings, and an SEO consultant’s efforts that have been making slow, positive progress might be obscured or blamed for this.

It’s important to understand that there are many variables going on with your SEO. The consultant or in-house SEO is working with all the SEO, design, code, etc., decisions made in the long past, the recent past, the present, and the future. That’s why it is incredibly important to start out an SEO relationship with an audit of the site. This is going to uncover those problems that wouldn’t normally show up on your radar screen and expose the damage that they may be doing to your site.

Once you have a solid foundation, develop an action plan to move forward in bolstering your site’s reputation and reach. Sometimes, when fixing a site from some major foul play, you’ll see worse results before you see eventual and steady improvement.

For example, in a recent conversation with forensic SEO consultant Alan Bleiweiss, he described to me a case with one of his clients which illustrates the need to take the long view on SEO projects.

Alan related to me:

I did the audit in January of 2013, and the client began implementing changes immediately. The organic traffic continued to slide through July 2013, and then only began to slowly come back at that point. As you can see, from that point forward, it was a bump up, decline, bump up, decline process repeatedly until finally, a year later, it’s breaking through. This site was a combination of issues across various algorithms, mostly Panda. That’s the most difficult reality – Panda has continued over the past couple years to mostly get stricter, with some “easing” thrown in along the way. That makes it very difficult for a site to reach sustainability.

Another critical consideration is that work can’t be done once and left. These sites need ongoing applied pressure of stronger quality signals on-site as well as brand authority and trust reinforcement.

You can see from the graph of the web traffic that this site actually required major changes which, with the additional complication of algorithm changes by Google, actually caused organic traffic to drop for a significant period of time.

However, by taking the long view, being patient, and doing all the right things to create sustainable SEO success, the traffic has rebounded and indeed surpassed previous levels. Had Alan not prepared the client for the fact that this may likely be the case, he and the internal team members responsible for SEO could well have faced some very difficult conversations with the management team.

There are a myriad of factors that impact SEO success — and many are dependent upon cooperation from other teams or departments.

With larger clients, we’re often looking at tens of thousands (or hundreds of thousands, or millions) of website pages and large, sometimes geographically distributed, teams to work with. There’s also the bureaucracy of getting changes approved and enacted. A lot of the time can be spent waiting in the wings on obtaining approval, deciding on preferred courses of action, or simply getting SEO work into the site development queue.

That’s why the cooperation of other teams — especially the IT department and the social media team — is crucial to SEO success. The SEO is managing not just a bunch of keywords, but an entire movement for the direction of your site. Don’t underestimate the amount of work this takes, especially when factoring in the time needed to get buy-in from these other departments or executives.

Timing Is Often A Game Of Chance

An effective SEO tactic used to be putting up 50 new blog content pieces and promoting the heck out of them in hopes that a small number would be seen by a lot of people, and perhaps earn social shares and link authority for the site.

The thing is, virality is incredibly hard to predict, even by the experts. It is often about placing content in the right place at the right time; however, that right moment can happen at any moment.

You can make an effort to predict what content your audience will want by using seasonality (basketball-related content during March Madness, etc.), leveraging a current event (this gets tricky, since if it is done too late, it is passé), or simply trying to put out awesome content and ideas that people want to share, and hoping it strikes a chord.

Google’s Hummingbird algorithm and the loss of keyword referral data (“not provided”) have made things a heck of a lot harder for SEOs aiming to measure precise ROI of their actions.

No longer is it an option to measure the exact amount of traffic a singular keyword is getting you. Furthermore, Hummingbird makes it so you can’t always directly control which variations of a word your site will rank for. Sometimes, this can even direct irrelevant traffic to your site.

Instead, look for KPIs that add more value to your overall goals. Is the ultimate goal of your SEO overhaul to receive more positive online press? Is it to facilitate brand loyalty? Is it to improve conversion rates? What metrics have value is ultimately determined by your business’ specific goals; useful info for one site could be utterly unhelpful for another.

One metric that I always recommend is “task completion” — this cuts to the core of understanding why people use your site, which helps inform strategies for increasing conversions. This methodology recognizes that not everyone is going to come to your site to buy — that’s just not the way it works. Instead, it asks, “Did the visitor complete what (s)he set out to do on the site?”

For example, some users will use the site to research a type of product for interest in a purchase later down the road. To help them receive the best possible experience, have a great and clean review system with clear ratings that you keep free of spam, and use in-depth, original content for your product descriptions. You could even create a forum where users ask questions, then keep a log of these questions and flesh out pages on the site by answering them. Track the time a user spends on the product page or on pages providing more in-depth info on the product.

It may be useful to collect some data on task completion rates in the audit portion of your SEO plan. To do so, set up a short survey that asks just a yes or no question, such as “did you complete what you wanted to get done?”, “are you satisfied with your visit?” or even a short multiple choice question that asks users if they are visiting for research, for entertainment, or to buy. You can use this metric later to review the efficacy of the SEO plan in creating a better customer experience.

What This Means When You’re Hiring/Working With An SEO

This article should not be seen as validating poorly-done SEO that does not show you the fastest possible results. There are some situations in which great SEO can indeed show very fast results — such as eliminating hidden spammy links from hackers, fixing critical crawling or site architecture issues, or manual penalty recovery.

What you should take from this article is that before beginning any SEO efforts, you should take time to assess the situation, plan both short- and long term-strategies, approach SEO as an ongoing process, and communicate realistic goals and timelines for improvement to the larger team and executives.

Many SEO efforts fail due to unrealistic expectations about the time and investment required. Don’t let yours be one of them!

Server Monitoring With Icinga On Ubuntu 11.10

Icinga is an enterprise grade open source monitoring system which keeps watch over networks and any conceivable network resource, notifies the user of errors and…

How to install python3-publicsuffix on Debian Unstable (Sid)

How to install notmuch-mutt on Debian Unstable (Sid)

How to install liblog4tango5-doc on Debian Unstable (Sid)

How to install libsope-dev on Debian Unstable (Sid)

How to install python-qt4-phonon on Debian Unstable (Sid)

How to install zita-ajbridge on Debian Unstable (Sid)

How to install w2do on Debian Unstable (Sid)

MySQL - Got a packet bigger than 'max_allowed_packet' bytes

How to install node-keese on Debian Unstable (Sid)

How to install libroot-tree-treeplayer5.34 on Debian Unstable (Sid)

How to install python-qt4-phonon-dbg on Debian Unstable (Sid)

How to install python-profitbricks-client-doc on Debian Unstable (Sid)

Set Up Postfix DKIM With dkim-milter

How to install libzopfli1 on Debian Unstable (Sid)

How To Set Up And Integrate An Ubuntu 10.04 LTSPv5 Server Into A Windows 2008 Active Directory Domain

How to install php-horde-kronolith on Debian Unstable (Sid)

How to install vim-syntastic on Debian Unstable (Sid)

How to install python-myghtyutils on Debian Unstable (Sid)

How to install ruby-text on Debian Unstable (Sid)

The Perfect Xen Setup For Debian And Ubuntu

How to install nsf-shells on Debian Unstable (Sid)