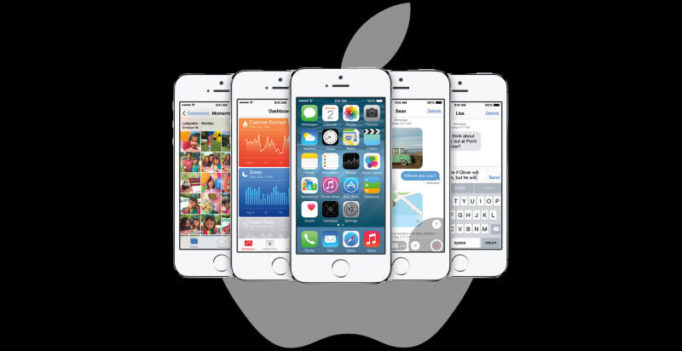 The latest version of Apple’s iOS operating system is out today, iOS 9. It brings with it improvements to both Apple’s Siri personal assistant and its Spotlight search engine. Here’s a rundown of what’s new.

Last year, Spotlight was improved to seek more than information just on your phone. That included gaining the name “Spotlight Search” when you pull down to conduct a search.

Earlier this year, Jason Calacanis wrote a nice piece about how Spotlight is Apple’s search engine to destroy Google. I agree. I don’t know how much it’ll really destroy Google, but it has evolved nicely along the ways I predicted Apple would go — “containment” against Google slowly over time, rather than a “thermonuclear” breakup.

What you do if you’re Apple is what you’re already doing. You keep growing Siri to work with other search partners, to keep Google contained, to win away areas of search where you feel confident Google won’t be missed.

Eventually, maybe you launch an Apple search engine that’s a web-based version of Siri. Perhaps you even call it Siri and make it available through Siri.com. Over time, as Siri continues to grow with answers to popular searches from selected providers, you might eventually change the “backup” search engine that kicks in for when you don’t have a partner. Silently, Google gets replaced by Bing.

That’s how you fight Google, if you’re Apple. No bombs get dropped; no consumer is even aware that you were fighting a war.

That containment war has continued with Spotlight. Oddly, however, the Spotlight name has been dropped. Here’s how it looks on iOS 8 phone (on the left) versus iOS 9 (on the right and really, iOS 9.1, as I’m in a beta loop slightly ahead of the public):

One of the things you’ll notice is that when you pull down to do a Spotlight search, you’ll get new Siri “app suggestions.” This is part of Siri’s new “proactive” features that I’ll return to below.

Bing & Others In Spotlight

Spotlight search taps into more sources than it did previously and has richer-looking results, along with some “card”-like responses for things like sports scores. For example, here’s a search for “angels” on my iOS 8 (on the left, as will be the case with all other examples) versus my iOS 9 phone (on the right):

You’ll notice that with iOS 9, I get a special sports scores box for the Los Angeles Angels of Anaheim of Orange County of Southern California. Here’s another side-by-side:

In that, you can see a new “Web Videos” area has appeared, pushing down the Twitter match and pushing matches from Bing even farther down. Here’s one more side-by-side:

In the examples above, both top their lists with Wikipedia as a source. Oddly, the iOS 9 search doesn’t find matching content from Notes, as with my iOS 8 device, even though the notes are in sync on both. iOS 9 again gets a Web Videos area. Both again include Bing at the end.

What you see in Spotlight will also depend on the apps you have installed, and in turn, how those apps make content more visible to Spotlight. For more about that (as well as with similar efforts by Google), see these excellent articles from Emily Grossman and Cindy Krum here on Search Engine Land:

When all else fails, Spotlight turns to Bing, a change that was made last year and still continues. This is one way Google’s been cut from the Apple/iOS search ecosystem.

Google remains in Safari, however. This is despite the fact that the long-term deal between Apple and Google is widely assumed to have expired months ago. Google said last May that the deal wasn’t quite up and that talks were continuing. My assumption is that either a deal was quietly signed or there was a temporary extension to get through the next six to twelve months.

Like Bing in Spotlight, Google is the search engine of last resort. By default, Safari will pull from Spotlight to suggest things as you type. When you get results, they may come from other sources and include, in some cases, card-style information for weather and sports scores. Here’s a side-by-side showing how a weather card appears in iOS 9, while the iOS 8 suggestion is for The Weather Channel app:

Siri Tries To Be Proactive

You can also search using Siri, Apple’s now long-standing digital assistant. For those with the new iPhone 6s and iPhone 6s Plus coming out later this month, Apple’s even added the ability to say “Hey Siri” and activate it hands-free without being plugged in.

Siri’s gained new abilities. Apple has a whole list of Siri tricks here. A new one is that you can ask it to find photos of yourself in a particular location, and it will check in Apple Photos for any matches. Another is that if you have a place selected in Maps, such as a grocery store, you can say something like “Remind me to buy pickles.” Then you’ll get a reminder when you arrive at the store, similar to functionality in Microsoft’s Cortana.

I’ve tested both of those examples. The photo one worked great. The reminder linked to a location on a map worked fine once, but then I couldn’t get it to work for another location, no matter what I did.

Siri is also trying to predict what you want before you even ask, in the way that Google Now does. This “proactive” feature has a long way to go to match Google Now, especially in that it does not tap into any of your search or browsing history and checks your email in a very limited fashion.

Yes, Siri does look at your mail. But like Cortana, it only looks at mail on the device itself rather than in the cloud, and only if you use Apple’s Mail app. Anything it learns from your mail is stored in a local profile. Google looks at your Gmail in the cloud and stores what it finds in a cloud-based profile.

Siri predictions are most noticeable if you swipe left to a new dedicated search page. There, you’ll find any contacts that Siri feels you commonly reach out to, frequently used apps, news headlines and “Nearby” information:

The side-by-side above shows how this page changes both in the apps and headlines displayed, as well as for Nearby. Yesterday evening, Nearby was suggesting buttons for Dinners and Bars. Today, when I looked in the late morning, that switched to Lunch and Coffee.

Tapping any of these buttons takes you into Apple Maps, where related information is shown. Below, see how lists of dinner and bar locations appeared near where I was:

This is similar to the recently added Explore feature within Google Maps, a smart move by both companies.

Siri will also remind you when to leave for flights or appointments, if you’ve added these appointments to your calendar or it has suggested adding them by checking your email. Personally, I’ve yet to see any of this work in real life, in the three weeks I’ve been using the iOS 9 beta. But we’ll see.

Finally, Siri tries to be smart when you’re interacting with apps. Plug in your headphones, for example, and it will figure out the last thing you were doing, such as listening to an audiobook, and play that.

Overall, the additions are nice, and they continue Apple pushing Google to the edges of search wherever it can. But when it comes to predictive assistance, the new Siri is more limited compared to the robust Google Now, which at times gushes out useful stuff.

For example, Siri will suggest news headlines, as best I can tell, largely based on what you’ve selected as general interests. Cortana works in a similar way. Google Now, however, taps into your search history and thus can surface interesting news stories and related material on very specific topics, all without requiring work on the part of the user.

That a great feature, though it comes with a privacy tradeoff. You have to trust Google and trust how it keeps a profile about you in the cloud. For those who don’t want that, Siri has become a more attractive alternative. But that comes with its own trade-off, fewer predictions.

How to install nedit on Debian Unstable (Sid)

Advice to those considering SEO as a career

“In my day, there was no such thing as digital marketing. You studied Comp Sci, used QuarkXpress, made magazines, and you liked it!” I was…

Installing Lighttpd With PHP5 And MySQL Support On Ubuntu 11.10

Lighttpd is a secure, fast, standards-compliant web server designed for speed-critical environments. This tutorial shows how you can install Lighttpd on an Ubuntu 11.10 server…

How to install ruby-json on Debian Unstable (Sid)

Exception can be said to be any abnormal condition in a program resulting to the disruption in the flow of the program. Whenever an exception…

How to install ruby-insist on Debian Unstable (Sid)

How to install python-lua on Debian Unstable (Sid)

How to install telepathy-haze-dbg on Debian Unstable (Sid)

Running Apache2 With PHP5 And PHP4 At The Same Time

How to install php-text-captcha on Debian Unstable (Sid)

How to install policyrcd-script-zg2 on Debian Unstable (Sid)

How to install python3-openssl on Debian Unstable (Sid)

How to install tinyhoneypot on Debian Unstable (Sid)

How to install python-pyresample-doc on Debian Unstable (Sid)

How to install libsmokeokular3 on Debian Unstable (Sid)

How to install bison-doc on Debian Unstable (Sid)

How to install python-midiutil on Debian Unstable (Sid)

How to install rubberband-cli on Debian Unstable (Sid)

How to install python3-pysolar on Debian Unstable (Sid)

How to install relion-bin+mpi+gui on Debian Unstable (Sid)